The American Planning Association has honored Rittenhouse Square as one of the top 10 Great Public Spaces in the country.  Check out the APA website.

Characteristics of Rittenhouse Square noted by the APA are the vibrant neighborhoods of shops, offices, homes, schools, hotels, and cultural institutions.  The combination of different uses of the park and the surrounding buildings provide an endless flow of people day and night.  It's constantly filled with exercisers, people who work, school children, parents, people walking dogs, elderly people, and tourists.  APA Chief Executive Officer Paul Farmer was quoted as saying "For Philadelphians and tourists, Rittenhouse Square is a true landmark. City officials and residents have done a spectacular job in carrying out William Penn's original plan for their city and keeping Rittenhouse Square a remarkable public space."

Rittenhouse Square received high marks for variability due to the combination of commercial and residential buildings that surround it in a highly walkable area with easy access to public transportation.

This is brought to you by Philadelphia Real Estate Blog 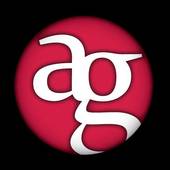