140 years of history – The Chronicle and The Dispatch-News celebrating freedom of press- Over the last 140 years, the Lexington County Chronicle and The Dispatch News has become the oldest continuously operating business in the county. That’s a distinction in a time when pessimists are already predicting “the inevitable death” of the American newspaper. The newspaper was born in the backroom of Harman’s Bazaar, a general store on East Main Street where the Walker law office now stands next to the old courthouse. Godfrey Harman, better known as “Uncle Josh” was a veteran of the War for Southern Independence. Like many boys in 1861, he ran away to join the Confederate States Army but was sent home as too young for combat. He later rejoined the CSA and saw combat in Virginia before the war’s end. While he was gone, Union Gen. William T. Sherman’s army captured and burned much of Lexington including the courthouse, homes and churches.

A newspaper is born – On returning home, Harman went into business and started the newspaper at the urging of community leaders. He named his newspaper the Lexington Dispatch.

The little town that doesn’t know how to stop growing The historic town of Lexington, SC is a direct descendant of the old Royal township of Saxe Gotha. This town was one of 11 established in 1735 by the Colonial government of King George II to encourage settlement of backcountry South Carolina. It served as a protective buffer between powerful Indian tribes to the west and the older settles plantations of the Lowcountry. The name Saxe Gotha was given in honor of the marriage of the King’s son, Frederick Louis Prince of Wales, to Princess Augusta of the German Duchy of Saxe Gotha. The couple became parents of King George III of England.

Partnership to build Pelion medical center –A medical clinic will be built in Pelion next year. Lexington County will build the 5,500 square foot facility on a 1.5 acre site on Edmund Highway. The county is partnering with Lexington Medical Center and Lexington School District One. The clinic will provide health care for low and moderate income families, according to Ron Scott, Lexington County community development director. “This facility will be a big benefit to Lexington County,” Scott said.

Lexington, Chapin qualify for state tournaments – Lexington’s girl’s golf team took the next step toward a seventh-straight state title. The Lady Wildcats captured the region title two weeks ago, and finished first at the 4-A Lower State tournament Monday in North Charleston. Lexington finished with a team score of 323, nine shots better than second place Wando. Leading the way for the Lady Wildcats was Braiden Furtick, who finished with an 80. In 3-A action, Chapin finished second overall at the Lower State tournament to qualify for the state championship. Mary Chandler Bryan finished first overall at the tournament after shooting a 71.

**All information courtesy of The Lexington Chronicle **

Lexington and Columbia Real Estate Services
Our Local Realtors and Network of Colleagues offer the best Internet Marketing Visibility for your Listed Properties - Exit Real Estate Consultants is your local expert in all your Real Estate needs in Lexington, Irmo, Lake Murray, and Columbia South Carolina. You have access to the most comprehensive MLS Listing Service with free access and advanced tools for Real Estate Buyers and Sellers - put us to work for you; our service will impress you! (803) 358-0888. 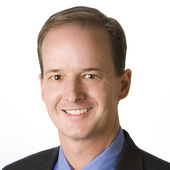