The Crocker Amazon neighborhood retains it's small district feel throughout, having a different vibe than most tourist attractions and well known San Francisco neighborhoods.  It's a racially diversified neighborhood, including a large filipino community, but it is like many San Francisco districts, the true definition of a "melting pot".

The majority of the neighborhood consists of single family homes.  Since many San Franciscans and tourists and families that relocate to San Francisco are unaware of its existence, home prices in Crocker Amazon tend to be more reasonable than in other, better known neighborhoods.

At times I find myself walking through this small business sanctuary, I call it this for the simple reason it is where a large percentage of small business owners are able to realize there dreams of owning there very own business and the ability to pay lower lease rents compared to the more popular neighborhoods in San Francisco, but with the added bonus of high traffic volume just like some of the more well know areas throughout San Francisco.

Merchants become an intricate part of this community, while providing there desirable goods and services, with no end in sight to the constant flow of customers looking for great products and services at reasonable prices. It truly does have an almost small town feel to it compared to the hustle and bustle of Inner San Francisco, but again the flow of traffic is consistent and steady.

The Crocker Amazon Neighborhood is well served by public transportation.  The muni bus lines 8x, 8bx, and 54 serve the Geneva Avenue, as well as Naples, Cordova, and Munich Streets.  Bart is also available about 5 min. driving distance takes you to the Balboa Park Bart Station.  The neighborhood is also conveniently located to nearby Interstate 280, and to the Alemany Boulevard thoroughfare.  These factors equal to one thing, lots of traffic either on foot, public transportation, and short driving distance.  Always a steady flow of possible clients looking to buy the wide variety of products and services offered in this area.


I have short but fond memories of the Crocker Amazon District, for a short time period as a young lad I attended the nearby Longfellow Elementary School, playin in the nearby playgrounds, running to the stores and wasting my hard earned quarters and change on toys and candy with my older sister.  We always had to be quick about it , our grandfather would give us rides home, he was a mere two blocks away doing tax services for a nearby small business.  On a rainy day at our Longfellow Elementary, the schoolyard would be wet and weird thing that it made the worms come out.  This was my first hands on introduction into science as a kid, exhausting my curiousities into a simple worm.

The neighborhood benefits form some of the most varied weather in the city, with a good balance of sun and fog.  The top of the neighborhood boasts outstanding views of downtown San Francisco, in the gap between Mclaren Park and Twin Peaks.  Parts of the neighborhood particularly heading toward Southern Hills, feature free standing single family homes with at least 10 feet on either side (in most neighborhoods, there is a gap of no more than a few inches between homes).

Geneva Avenue and Mission Street, which bound the Crocker Amazon Neighborhood, feature a wide array of commercial businesses.  The options ranges from two pharmacies, a hardware store, an assortment of vegetable/meat markets, glass shop, auto mechanic shop, tobacco shop, handful of pizzeria's to choose from.  Many different types of food sold in area from chinese, philipino, italian, and hispanic foods are offered in the Crocker Amazon neighborhood.  Are you looking for a nice neighborhood to invest in a business or commercial property, or interested in buying a home, look no further!  Crocker Amazon is a great hidden diamond in the rough, but as I write this it continues to change and thrive and it wont be a hidden secret for very much longer! 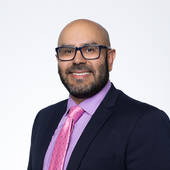