Are you tired of the same routine every year? Are you wanting to do something special for your family, but are at a loss of what to do? Check out some of these great events that are around the Valley!

Howl-Ween Doggie Costume Party and Contest
Looking for something for every member of your family? Spooky canines are the main event at this Halloween party, which invites you to dress your dogs in funny or scary costumes. Prizes are given for the best doggie costume. October 28th, 2010 W Scottsdale Hotel and Residences 7277 E. Camelback Road, Scottsdale, AZ 85251. 480-970-2100.

Halloween Spooktacular
Take the kids in their costumes to the courtyard at the library for some safe trick-or-treating. A haunted house and costume contest are featured. October 29, 2010 Chandler Library Plaza 125 E. Commonwealth Ave. , Chandler, AZ 85225 - 480-782-2727.

Crypt Haunted Attractions
Two of the Valley's biggest haunted houses, the Asylum and the Crypt, are at Fiesta Mall. The Asylum is inspired by the spooky corridors of a 1870's mental hospital. The Crypt is one of Arizona's longest-running haunted houses. Not recommended for children 6 and younger. Through October 31, 2010. Fiesta Mall, 1445 W. Southern Ave., Mesa. 480-332-8095.

Pumpkin and Chili Party
Voted as one of the best family friendly experiences by Phoenix Magazine, this pumpkin patch festival offers something for everyone. Featured rides are hay wagon, roller coaster, carousels and trains. Try finding your way through a 4- or 10-acre cornfield maze or relax by a bonfire and roast marshmallows. A rock-climbing wall, live entertainment, arts and crafts, and grilled food are also featured. Through October 31, 2010. Schnepf Farms, 24810 Rittenhouse Road, Queen Creek. 480-987-3100.

Second Annual Zombie Walk and All Hallows Eve Festival
The walking dead are taking over downtown Phoenix and looking for new recruits. Led by Arizona's official Ghostbusters, zombie walkers parade throughout downtown. Other activities include a costume contest, live music, the Rose and Crown beer garden, palm readers, pumpkin carving and a screening of the silent Dracula flick, "Nosferatu: A Symphony of Horror," on the outside wall of the Arizona Science Center. October 29, 2010. Historic Heritage Square, 115 N. Sixth St., Phoenix. 602-254-8696.

The Great Pumpkin Festival
Take a hayride out to the garden's pumpkin patch where children ages 12 and younger can choose their own pumpkin for free. A petting zoo, hay-bale maze and live country-Western entertainment are also featured. Activities included in garden's admission. October 21-24, 2010. Desert Botanical Garden, 1201 N. Galvin Parkway, Phoenix. 480-941-1225.

Mesa Ghost Tours
This historic ghost tour leads visitors through some of Mesa's spooky history, including Mesa's tunnels and ghosts in the old jail. This docent-led tour lasts about one-and-a-half to two hours, and takes visitors inside a variety of historic downtown buildings. October 23, 2010. Mesa Historical Museum, 2345 N. Horne. 480-835-7358.

Hope you all have a Happy Halloween!

Groups:
Things to Do/Places to Visit

Gina---Wow--What a great list of things do.Since i'm a single parent this give me thing's to do with my 11 yr old daughter...Thanks you so much for a nice list.. 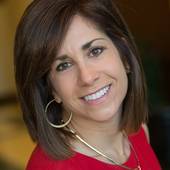