Florida Taxwatch has released information on what the possible outcome of Amendment 4 could be.  FLORIDA has consistently had unemployment in the double digits and this could make finding a job or bringing jobs to FLORIDA even harder.

Locally we as realtors have been voicing our Vote NO on Amendment 4 personal campaign.  As realtors this will impact our business on an even larger scale than the current economy and banking crisis has.

I was speaking with some neighbors last evening and many of them were for Amendment 4, many think it is "hometown democracy" and affects only "land use".  It is much broader than that and affects the ENTIRE comprehensive plan.

Here are some staggering figures estimated by Florida TaxWatch of what this may cost us:

Remember to Vote NO on Amendment 4!  It could cost Florida BILLIONS!

Wow, I will read the amendment closely before I go vote.

Fred, It is a pretty scary amendment for Florida.  I encourage you to read it through. 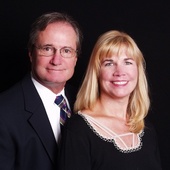