A Short tale of purchase and an HOA nightmare.

A buyer of mine purchased a Coach in an existing land owned senior, co-operative mobile estate of 62 units, with the land owned by the co-op, the homeowners owning their coaches and a share of the co-op.

The puchase was a seller financed transaction, with a large cash down payment. Seller and Buyer were in agreement as to the terms. The Buyers followed the required protocol and met with the board "HOA" for approval. All went well at the meeting until the Buyers were asked for their Identification to verify their ages, and it was discovered that they were not married. Suddenly there were comments made by a member of the Board, specifically, "This is not the Love Boat"!

The Buyers were taken aback, but maintained their dignity and continued on with the interview, and at the end of the Meeting were given the Bylaws, ( there were no CC&R's) and told, "Welcome to the Park".

The Transaction continued with paperwork being signed and sent to escrow including information sheets from the "HOA".

Two days before close, the HOA called the Buyers and told them they were now requiring a credit report, and that their closing would be delayed until the HOA could obtain the report and review it. The Buyers were informed that this was the first time the HOA had required a report from anyone, and that they didn't quite know how to obtain or review said report. The Buyers provided their own reports to the HOA to speed things up for the closing.

The Buyer was a business owner who had suffered from a stroke and had been in rehab for a year, and this was notated on his credit report as his credit had been seriously effected. The Co-Buyer's credit report was perfect, along with longstanding Job tenure.

The day before closing, Buyer and Agents for both parties were on site at the coach to view Seller authorized repairs and a final walk through. The Carpet in the Coach had been rolled back to repair some squeaks in the floor.

An Employee of the park, a landscaper came to the door and asked if he could see the coach, and viewed the carpet rolled back and made a comment, "Is the coach for sale?" and was told the coach was sold and closing shortly. He then left after saying it was a very nice home.

Shortly thereafter, Several members of the HOA came to the front door and demanded to know what was going on. They were told that there were seller authorized repairs taking place. The HOA members then demaded to know who was paying for the repairs, and were told the sellers. The HOA members then stated no one was moving in and then were told by both Buyer's and Seller's Agents, no one was moving in until escrow had completed. The HOA stated "we didn't start Escrow" and that the BUYERS were NOT approved because they had bad credit even going as far as stating an amount! This was outside in the street with several neighbors watching, along with the repairman and his assistant. The HOA then demanded the phone number to the seller and aggressively demanded of the seller's agent to have the seller call the HOA. It was stated that the HOA didn't know if they, (the board) want to allow seller financing on any of the coaches as they were worried about the other homeowners.

The HOA then called the seller five times in the next 24 hours, along with contacting the seller's daughter and demanded that the transaction be stopped and informed the seller and her daughter of the specifics of the buyers credit report!

The Buyers were never informed of the HOA"S decision until it was overhead at the final walk-through. Neither were the Agents of either Buyer or Seller informed until requesting the denial in writing.

The HOA sent a note to Escrow, and then followed up with a letter saying the Buyers were denied, Three days later (after the scheduled close date), to the Agents with no specifics as for the denial.

Needless to say, the Buyers have obtained an Attorney, and have been informed to continue with closing if they so desire. The HOA has been served a notice informing them of the negligence and bias of their board members. Both Buyer and Seller are going to proceed and the HOA is liable for Attorney costs along with it's members for discrimination, violation of Fair Housing and Privacy acts.

The closing has been delayed over a month, and the Buyers are finally going to move into their new home next Wenesday.

This event stemmed form a turnover in the HOA board of 7 people! The former president had left and the power struggle by the Treasurer of the HOA trying to take control!

I have dealt with HOAs for years and have never encountered such a train of events! Is it any wonder that many people will nto buy in an HOA controlled community?

HOAs can be an asset to a community, but can also be a financial liability when they are not run properly.

Whenever you have a buyer who is purchasing in an area controlled by an HOA, Please investigate the HOA, it's board members, Bylaws, CC&R's to the full extent and review the parameters with your Buyer.

Save yourself and your Buyer alot of Time, Money, and Stress!

Toni,  Well I am glad for the agents and sellers involved I can't help but think the buyers has just bought into Peyton Place and wonder if they won't regret going through with this sale for the rest of their lives...Literally.  I have dealt with the Condo Gestapo (HOA) in the past...even lived in one project that the members were (I swear) psycho!!  Never again!  In this case, it would be great to hear the individuals were held financially liable for their actions.  Great and informational post on the nightmares possible with HOA associations.

Yes, I pointed out to the Buyers what could be the long term effects if they chose to pursue purchasing there. They are adamant, and really love the coach, along with their best friends living in the same park. This is not the first time this HOA has run up against the Homeowners in the area, and I have a feeling that the Home owners are not going to be happy with the board members incurring major legal bills because of their neglect and biased actions. I also feel there will be future dismissals of the board members, 2 specifically, that placed this liability on the Homeowners of this subdivision. The Buyers and Sellers are willing to forgo further litigation for the costs of their legal fees and a small fee for having to obtain a rental in the interim. Actually they are being quite reasonable, If it were myself, there would be heck to pay! 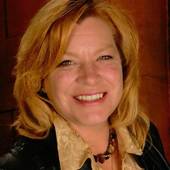