North Carolina ranked 3rd by Forbes for Best States for Business
Gov. Bev Perdue on Oct. 14 announced Forbes magazine is ranking North Carolina as the 3rd Best State for Business in America. North Carolina improved from last year's Forbes ranking of fifth. In addition, the Governor announced that recent statistics from the Federal Bureau of Labor and Statistics show North Carolina is the 3rd best state for declining unemployment and 4th in the nation for job creation. "This shows that the hard work of the past year has paid off -- our investments in education to build the workforce of tomorrow, policies that create a more business-friendly climate and our aggressive recruiting," said Gov. Bev Perdue. "When I took office, I pledged to take any meeting and make any call to bring jobs to this state. There's nothing I love more than convincing a corporate executive of what a great place this is to live and work." In the Forbes rankings, North Carolina scored third in Business Costs and Regulatory Environment and ninth in Growth Prospect. Forbes scored the states on six measures including business cost, labor supply, regulatory environment, economic climate, growth prospect and quality of life. While Perdue acknowledged the need to go further in job growth, she noted four indicators that hint at North Carolina's economic recovery: 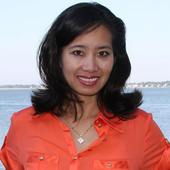