I want to start off by saying there is not a finer resource for the latest real estate technology information on the internet than TechSavvyAgent.  With his goal to have over 10,000 fans on his facebook page facebook.com/techsavvyagent by the NAR convention coming up here in 2 weeks, I highly suggest you become a fan.  Chris Smith has continually put out quality content on his blog and I just finished listening to his interview with Jonathan Rivera of The Official Real Estate Referral Group, facebook.com/RealEstateReferralGroup.

Recently, I have been trying to hunt him down and interview him for his website.  Wait, why would I want to interview him for his website?  Well truth is, as an agent who has worked with about 300 other real estate agents, I find there are not too many who have an online strategy.  One of TSA's latest post criticized agents on their use of the back of their business card; if agents are not doing a good job on their business card's, then I will say this out loud: most don't have a clue on what to do with internet marketing.

I know Chris is a busy guy with all of his commitments, but he has not been overly receptive to the idea.  We have exchanged a few messages via facebook and I started to wonder why has he not jumped on this opportunity.  I offered to do this for his website with no gain to me.  What does he have to loose?  I mean if he doesn't like the video it could always end up on the cutting room floor.  I honestly think this might be one of the most important subjects for him to talk about.  With a Realtor population of over 1,000,000 and less then 10,000 fans on the faceboook page, this could be the interview that gives him exposure to the "average agent".  Maybe he's just scared of me, I'm not that overwhelming physically but maybe I could be considered intellectually overwhelming (at least in my own mind).

So Chris, I know you can hear me knocking at your door, knock, knock.  Let's set up a time for this and get it done.  We can do this via Skype or Webcam show.  Let me know, I'll be waiting.

John, I'm not sure who you regularly work with but virtually all of the successful agents and brokers in our area have on-line strategies and are aggressively expanding their efforts. The successful brokers are going as fast as they can, and the successful agents and teams are working double time...the others, well, we'll see. You can lead the whole darn herd of horses to water but you can't make them drink. But whatever your goal is  good luck.

Leslie, I know plenty of top producers who are doing substantial volume.  I know one $12,000,000 producer who don't have as much as a facebook profile.  I know companies who's policies don't even let agents have their own IDX on their websites.  Only 4% of agents are high tech & high production and since most agents are solo agents not part of large teams a lot of them need help (http://www.notorious-rob.com/2010/08/31/seven-big-questions-the-mls-edition/#more-1959).  Check out that article.  I think there is tremendous room for improvement and I am just trying to be a voice to help other agents.

What would you interview him about John?

Well, I am sure you would have the answers to these items also.  My biggest question is how does the average struggeling real estate agent analyze and find the tools that are right for THEIR business and then develop a game plan.  That's what I would like to talk with him about.  The rank and file agents I work with have very little budget so to hire someone is out of the question and really have no ability to incure any additional expense.  I am looking at the 80% group and looking to help them.

Well John that's the beauty of what is shared there.  95% of the tools are free that are discussed on the site.  The 5% that do cost money are needed to make your business run.  No business will succeed without some sort of investment.  Whether that investment is in money for specific products to be put in place, or in time learning how to use them.  The webinars, posts, and videos shared by the community there as well as the one here on AR are all given without charge.  99% of the stuff on my site is also given without charge.  You want to build a strong business without spending money, then prepare to spend a lot of time on building it up.

I agree with most everything you said.  I think agents are bombarded with information including webinars and offers for the latest greatest thing.  I think Chris's site is excelent and I said so in the post.  I just find that most agents don't have a clue and I was hopeful that I could discuss it with Chris on an interview for his site because I think it is important information to be talked about.  I kinda wonder if the picture is different from my seat or if I am not explaining what I am trying to do.  I think there is a huge opportunity and demand for the information I would like to talk with him about.  As an agent who considers himself "tech savvy" I find it difficult to sort through all the information and I know most of my colleagues are not doing a good job with their internet prescence.

What information is important to talk about?  Chris's site is filled with the information for the technically challenged to learn to take their business forward.  Let him & I know what info isn't being covered and between our 2 sites I will make sure it is covered.  My guess though is that most of it already has been done.

Also, I am not sure what good you interviewing Chris for his own website would do.  I'd suggest putting together a list of your questions and things you feel need to be covered for the non technical people. The fact that his page is one of the most active pages on FB and growing rapidly shows that it is doing something right.  Yes I agree, many are not tech savvy, and many do not have finances to hire a personal coach.  But, what you will find is that both my site, and his are chock full of more tech savvy information than most could ever consume.

I think what would be better than anything instead of calling someone out online would be to take the things you have learned from the posts and put them into a blog post.  Call it your Top 25 things learned from .... to help the non techy agent succeed.  That would be a great post I bet.

I will take your advice and look through the information on both of your websites.  I am confident I will get my interview at some point.  You guys both do great work and I really don't want to take anything away from it.  Keep up the good work!

That is my question John how does putting the content on my site help agents that have never heard of us?

I think the questions we answer every agent will want to hear and I think we can get some traction for focusing on this subject matter.  I am hopeful that we can pick up some different channels, that are currently being underserved.

But what are the questions?  Let me know and I will make sure all of them get covered in blog posts. 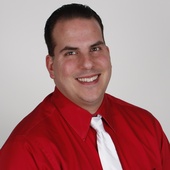