After living in Charleston for the past 29 years, I finally made my way to tour the haunted, OLD CITY JAIL.  Before the tour, I was really excited to finally see for myself what I had been hearing about for all these years.  The jail and it's characteristics have been featured many times on television.  After the tour....well....let's just say, I felt a little "unsettled".  The structure itself is very impressive.....the history of events that occured inside the building left a lasting impression with me.  After all, it was a JAIL.....built around 1802 and was a functional jail until 1939.  High seas pirates as well as Confederate and Federal prisioners of war were tenants of the jail.  Thousands died in the jail.

What was I expecting ?  It sure wasn't the ordinary "downtown open house". The jail is located at 21 Magazine St, Charleston SC...and is open at various times throughout the year for tour.

Things to do in Charleston for FREE

Tags:
charleston
sc
old city jail
things to do in charleston for free

That is cool, loved the pictures.  It does look a little creepy, especially the wheel chair.

If walls could talk, I wonder how much they'd say. Would we shiver? Would we cry? Would we be mad or glad? Would hearts sink to the bottom of our soul with sadness?

To think, every occupant was conceived by a mother and a father. There were siblings, grandparents and friends - once upon a time...

I have never visited the jail.  Sounds like a place my best friend and I need to hit.

Just the pictures themselves look haunted!  Wow, it makes me want to visit!

OOOOO! I LOVE this sort of thing! How interesting it must have been.... Love the photo of the wheelchair, too!

Hi rainers !! Thank you all for your comments....jail, not a fun place to visit.  The tour was interesting and creepy at the same time.  Patricia was right on:  If walls could talk....Thanks for visitng.

Creepy was a good word to use for the jail.  Your visit was time right for Halloween...

Hi Dianne, yes, I thought I was going to a Halloween Haunted house....it ended up being a "tour" of the haunted jail. Thanks ! 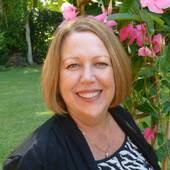