(why is it when people ask what flavor kool aid you like they say red or blue, the only flavor they got right was orange)

Ok so the short sale  took 4 months to get approved. We get the HUD 1 approved by both banks the day of closing. 15 minutes later I get a call from the buyers agent saying that they went to the walk through and the home is FLOODED. What? I race straight to the nearest store and grab a small pack of strawberry cheesecake Ice cream and an Italian ice ( one for the way over and one for either when I get there or on my way back)

I drive there, praying the whole way through that maybe they have the wrong house, but of course they don’t.  I walk in and the half bath is over flowing and there’s black mold on the wall which means that this has been going on for a while. So of course the first thing I do is think of the last time I was even at the home and blame myself for not checking the vacant home every week. The second thing I think is, hey, all utilities were off, the seller sent her contractor to turn off everything so why is water overflowing?

I get invited by the buyers agent to go down to the basement to turn off the water. (Note to self: try not to wear heels when you find out your listing has a flood) So I nearly fall down the slightly moldy steps itching all the way praying that I press the right button to turn off the water. Turns out there is no button to turn off water but there was a switch. Crossing my fingers and hoping this didn’t make things worse I turn and the water stops flowing.

I almost made the 2nd worst decision ever and almost went to closing because my sellers insurance company gave their word that they would cover the damages and the buyer was fine if that was the case, especially after 4  months. But the buyers agent called her broker – (which I should have done but I knew exactly what she would say- which was the same thing the buyers agents broker said and that was “wait till it gets fixed before going to closing”). So first thing Monday morning the insurance company reports they will NOT cover the damages because it’s been there too long. Of course the buyer walks away, we put the home back on the market at a much reduced price after begging my seller to not just give up, we get a new buyer and after a month the bank decides its not worth it  and forecloses on the property. I had lunch with my client the day after the foreclosure and she was beaming. The ever long battle was over. Even after losing her job she looked better than ever. This is not to condone foreclosures. We fought a long hard 6 month fight and we’re still not sure what happened with the water, either the contractor never really turned it off or the home inspector never turned it off when he did the home inspection. But its good to see that there’s life after a foreclosure and that she did every thing she could from loan modification, to rental, to short sale, to deed in lieu, back to a short sale so she has no regrets. She is now my hero. A single mom who now owns her own business, which is thriving and is sleeping a lot better. In the end she’s stronger and I’ve gained a butt load of knowledge. I've found that all we can really do is learn from our mistakes, make some kool aid, and smile.

Get this email app!

Interesting learning experience that will stay with you for the rest of your career.  I am glad you can laugh about it now and I wish you many years of success both in rela estate and here at Active Rain.

Is that the KW Koolaid you are speaking of? hahaha 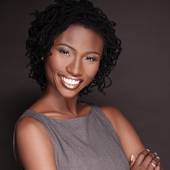