Technology has allowed for a greater ease of portability and accessibility when it comes to the things we love. From smartphones, tablets, netbooks and so on its about convenience. Give me what I want when and where I want - and for the most part that is happening.

If your running a Wordpress based website (why you wouldn't be is beyound us?) then you can now convert it to be iPad friendly. Yes that's right ... you can be the coolest person in your circle. Just tell your friends, family and associates that your site is not only accessible on the iPad (even though all sites are) but that its an app!

You will need the assistance of Padpressed to pull of the magic trick. They provide the plugin that does the heavy lifting you will eventually get all the credit and adulation for.

In their word: PadPressed allows publishers to take their content and make it beautifully formatted for the iPad without the need to go through the app store. Right now PadPressed functions as a WordPress plugin that works with your existing theme to deliver the best browsing experience possible for your readers when accessed from an iPad.

Accelerometer Aware: PadPressed notices the orientation of a reader’s iPad. If a reader is holding the iPad in Portrait mode it displays an article as a single column. If a user rotates PadPressed into Landscape mode, the article automatically formats the columns of the article on the fly. CoverPad SwipePad

Touch Navigation: The most important aspect of PadPressed is its 100% design for the tablet touch experience. Each skin plays to a specific touch dynamic. SwipePad focuses on swiping to advance and a swipe featured slider. CoverPad focuses on using flip gestures to go from the cover page and from category to category. CoverPad SwipePad

Built in Social Sharing: PadPressed comes with built in social sharing that functions just like the built in controls of a native iPad app. Readers will be able to share your content across Facebook, Twitter, Email, and Tumblr with one simple touch. CoverPad SwipePad.

HTML 5 Caching: PadPressed uses HTML5 caching to make the loading off your app’s content speedy and fast when navigating through articles. This also reduces the load on your own server as the content is stored locally for future browsing. Full offline caching mode coming soon.

Multiple Themes: PadPressed comes with two distinct themes right now SwipePad and CoverPad. SwipePad is focused on providing a unique blog/news feel while CoverPad replicates the feel of a traditional magazine with flipping+beautiful imagery. We plan on releasing more themes over time as well as opening up the plugin architecture to outside designers. Each theme can be (see video)

Back-End Options: PadPressed comes with a simple and easy to use administration panel to set up categories, logos, cover pages, and select styles. The whole mission of PadPressed is to make tablet publishing easier for content providers. Our back-end lives up to that mission while staying super simple. (video below) 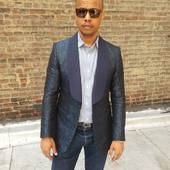