So, why would the roofing contractor send an email to the SELLER stating everything looked good, except for a few minor nail placements? When it was my BUYER that requested the information?

A little background on the situation...I received a Buyer referral from a dear Women's Council friend, for a home that this couple could retire in. Even though it's just a couple, they need some extra room because she is a Quilter.  After just 2 outings, we found the perfect house, submitted an offer, and with a few minor changes, we are now under contract and into the Option Period.

We had the inspection done and he (general inspector) found some issues with the roof...minor wood rot, exposed nails, lifted shingles, tree limbs resting on the roof, and a valley that held lots of leaves and debris (that apparently hadn't been cleaned off in years).  The next step, of course would be to contact a roofer to go out and inspect and give us an estimate on the repairs. So, my Buyer asked me to contact a roofer (the Buyer's do not live in the area currently, so she said she was trusting my referral) - so I contacted roofer #1. After he inspected the roof, he contacted my BUYER - verbally - and told her that the roof was in pretty bad condition, and that the roof was installed improperly and probably wouldn't last another few years and that the warranty was void on the roof because it was installed wrong. To my BUYER's horror, she asked me to contact another roofer to get a second opinion - which I did.  Now remember, this was a verbal report - he said he would get the written report to us by Monday.  In the mean time, a roofer #2 went out and inspected and emailed us a complete written report (with estimates & photos) stating the same thing that the roofer #1 verbally told us.

This morning, I opened my email and found the report from roofer #1 - in which he CC'd the SELLER, stating that there were a few shingles that needed replaced and 2 small areas of wood rot, and the whole job would cost under $500.  HELLO!!!  Are you Kidding me???  That is NOT what we were told originally.  And he sent this information to the SELLER instead of my BUYER (that requested the estimate).  I don't know what happened between his mouth (telling us) and his hands (typing) - but it sure wasn't the same report.  I forwarded his email to my BUYER and she was LIVID! She wanted to call and give him a piece of her mind, and I suggested that might not be the right thing to do.  Instead, I suggested we get a 3rd Roofer to go out there and verify what the roof really and truly needs.  He will be heading out there tomorrow (last day of Option Period) and getting us a written report the same day.

We will probably have to request an extension of the Option Period, which the listing agent says her client's will be ok with. We can't submit an amendment without the written report.  Will keep ya'll updated on what transpires.

In the mean time, have a great day in the RAIN!

I would hazard a guess that this guy doesn't do this much or he could get the buyers and sellers straight.  Read the order.   Report to the person requesting the information.  Not too difficult.

That is terrible, it just goes to show that some people are speaking out of both sides of their mouths and hands...Good luck 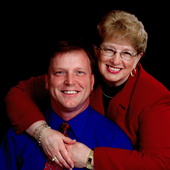