Join over a million spectators as you observe beautifully gorgeous decorated yachts, boats, kayaks and canoes voyage along the Newport Harbor in the 102nd Annual Newport Beach Christmas Boat Parade. Hosted by the Commodores Club of the Newport Beach Chamber of Commerce, they cordially invite you to celebrate the city's movie and film heritage with the theme "Lights...Camera...Christmas in Newport Beach." As Newport Beach's Christmas Card to the world, the boat parade will set the harbor ablaze for 5 straight nights, beginning Wednesday, December 15 and finishing Sunday, December 19, 2010. The parade kickoffs Bay Island at 6:30 pm and finishes at the same place at around 9:00 pm each evening.  Beautiful multi-million dollar yachts, kayaks, canoes and other small boats will illuminate the harbor as a dazzling, eye popping array of holiday lights and music fill the air at the Christmas Boat Parade. Several of the boats will be extravagantly ornamented with animated Christmas scenes accompanied by music and dressed up carolers. A few boat owners in the past have spent over $50,000 to decorate their watercrafts for the event. The Christmas floats will wind their way around 14 miles around the harbor to give spectators in restaurants, yacht clubs, on public beaches, and in private homes an unbelievable sight that's captivated millions of people for over a century.

The Christmas Boat Parade, which has been acclaimed as "one of the top ten holiday happenings in the nation" by the New York Times, is truly a magical holiday tradition for all ages. The parade remains to be a premier event during the holiday season in Southern California that brings joy and happiness to everyone who has the pleasure of viewing it.

The 2010 Parade will utilize the same beginning and finishing point as last year, located off Bay Island.
The 2010 route and schedule can be found here - 2010 Route Map and Schedule

Assisting as the background for the hundreds of lighted boats in the parade is the annual "Ring of Lights" contest, hosted by the Commodores Club of the Newport Beach Chamber of Commerce.

Beautifully decorated bayside houses and businesses surrounding the harbor go "all out" with their own holiday spirit, boasting everything from roof-top animated scenes to dancing Christmas trees. With its own judged categories and prizes awarded, the "Ring of Lights" has become as celebrated as the boat parade itself.

During the concluding night of the parade a exceptional fireworks display will preclude the parade. Starting at about 9:00 pm, the fireworks will be visible from all around the harbor, being launched from the Balboa Pier.
Special thanks to Ruby's Balboa Pier for closing early to allow for the fireworks display. Also, thanks to the Balboa Island Ferry and other community supporters for assisting underwrite the show.

Both the Boat Parade and the Ring of Lights competitions culminate at the annual Awards Dinner & Auction to be held on January 28, 2011 at the Balboa Bay Club. Open to the public, this blowout event will honor award winners from both competitions. In addition, the party will feature live entertainment, dancing and an unbelievable live and silent auction. Details on how your business can support the auction and the parade, will be available shortly.

Wow, sounds like a great event. Have a good time.

It's always a blast and thank you very much for the comment. 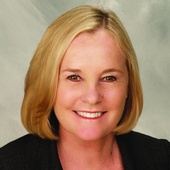