My Dell laptop was typing slowly, the letters would appear about 5 seconds ( or more) after I hit the keys.

I asked around and many people said they had the same problem to some degree but didn't know what to do about it, so I went on line and found that a lot of folks said that when they removed the battery, it worked fine.

So I tried it and it works. Apparently Dell has a problem with the batteries. Hope this helps someone out there.

Hey Don, I do all the blogging for Tim on SEO Cevado and make sure every blog you post has your keywords linked back to your homepage as a vote for your website.  :)  Like this: Vancouver WA Homes and Portland OR real estate  ;-)

I am experiencing similar problems on my computer.  While I can type at a great speed here, the typing is very, very slow on my blog.  It has almost stopped.  I will try turning my computer off and back on, but do you have any other suggestions?  Thank you, Ray 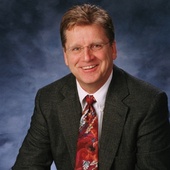