The September 2010 house values plummeted in the Knoxville MLS by 12% from August to September. Not since February had the average sales price been so low, $163,097 for all residential housing, including condos for sale and single houses for sale.

The number of sales were down, too, in spite of rosy sales numbers put out in the newspapers, "Home sales blip up---but will it last?" and "Home sales up in Sept., but more troubles ahead."

In August the headlines told us "Homes sales plunge, lowest in 15 years."  Well, the September sales in Knoxville went up by five houses, but the price went down by 4.9% from July.

The other statistic for home values in Knoxville, TN is the number of houses on the market, 17,095, a whopping 2,267 houses more that there were in January. only 4.6% or 785 of those houses sold in September.

What this means for house buyers. With all that said, the house values in Knoxville are not relatively that bad, but it is a great time to get a deal that cannot be repeated with the house values come back in full force. I cannot believe that we are not just inundated with buyers during this time. I have noticed buyers disappear for a while and then, suddenly, I get calls on everyone of my listings on the same day. I haven't solved that mystery, yet.

What the numbers mean for a seller, of course, is that their house must be priced, not competitively, but compellingly. Make the buyer buy your house. Make them realized they are getting their chance of a lifetime to get their dream house. The fact that the buyers appear in force from time to time means that there are buyers out there. Make them come out, make them buy your house. The house values in Knoxville bounce around the same amounts, from the $150,000s to the $180,000, all year. In fact, though the prices were down from February, the house values were UP from January by 6%!

Join the Knoxville and Oak Ridge Community at One Place On Earth I love where I live. You should move here. It's NEW. Be the first. "House for Sale" Listings ARE allowed. Step One: Register/Login Step Two: Write a Blog Post. Tell us why you love where you live and we should move there.

Our house values in Knoxville TN are relatively FANTASTIC! 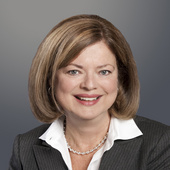