Desperate people end up doing desperate things and there's alway one to pray on them. So sad.

Another RE scam...Be careful who you hire, especially these days.

Last week our local paper bestowed their 'Raspberry' award to a SoCal based attorney by the name of Michael T. Pines. Pines qualified for this award by virtue of the fact that his business model apparently involves advising clients who have been through foreclosure and been evicted from a home to break back into the home and set up residency. Of the four families he has recently convinced that his advice is sound, he has accompanied them to the house with attendant locksmith and whatever press he can scrounge up.

He garnered a couple headlines.

But most figured it for just what it appears to be - a scam based on the old 'produce the original document' scheme combined with his theory that since the bank has foreclosed and the underlying lien has been satisfied by the insurance company, the home has therefore been paid in full and the previous homeowner should be able to reclaim it and occupy it. Yeah, I know. But he's preying on unsophisticated and desperate people.

So a couple days ago a judge called him out for filing frivolous lawsuits and slapped him with a $16,000 judgment that he owes one of his clients for wasting their time and money. Today the 2nd family in Escondido who broke into their home to great fanfare a couple weeks ago, was unceremoniously dumped back out by the new owner of the house. According to Emiliano Bolanos, "The people that bought the house, they want to take it again." DUH

Now here's something that will surprise you - they haven't been able to get in touch with Mr. Pines! Yeah, go figure. Mr. Bolanos said he talked to Pines last week and was promised some paper from a judge saying they could stay but the attorney never called back. Another Pines client up in Simi Valley was evicted on Tuesday and was told by the attorney he would be there along with some private security to stop the eviction. He never showed there either. Perhaps it was because Pines had been arrested for vandalism and trespassing a few days before trying the scheme yet again in Newport Beach. (WSJ 10/15/10)

Turns out, according to The Californian, Mr. Pines himself is in bankruptcy. He also has seven of his own properties in foreclosure and lost his own battles to keep his own home by litigating against his lender. Oddly enough, he apparently hasn't broken back into his own homes - which include properties in Utah, Arkansas and his home and law building in CA. He also has two restraining orders against him in San Diego County for 'civil harassment after a hearing'. Sounds like a fun guy.

Pines, who has had a law practice for over 30 years, switched to real estate law and investing in 2000. When the market headed south, and with his own personal business apparently tanking, Pines started doing seminars on strategic default, how to use Chapter 11 to your benefit and so forth. It is interesting to note that of the 70 or so cases he claims to represent, he hasn't won one, including his own. Most real estate attorneys scoff at this sham practice and frown on yet another 'professional' victimizing people who have already been cracked once.

Funny thing is - nobody, including Mr. Pines, denies that his clients are deserving of foreclosure. There was no problem with the bank, they either bought way over their head, got caught in some other investment scheme that backfired, or simply ATM's every nickel out of their home at peak value. Oh, Pines believes that the basic banking model is unsound and fraudulent - but doesn't deny his clients were all waaaaay behind, several on homes worth a million or more.

Meanwhile, Mr. Bolanos, remember him?. The Bolanos family is now living with the Rochas family, another victim of Pines who referred Pines to Bolanos. Bolanos says "They haven't called me yet. I'm waiting for their call."

Good luck on that Emiliano. If I were you and he actually does call, I probably wouldn't take it. Way less trouble for you and your family - although you might get a friendly judge to force Pines to cough up a few more grand for your troubles.

Folks, I know you're desperate out there but if the deal sounds too good to be true... if it sounds flaky and shaky and full of crap, go with your gut. Chances are you'll thank yourself later. Unless you're a professional victim and enjoy it, USE YOUR DAMN HEADS PEOPLE. After all, there's a sucker born every minute and two grifters to fleece him.

Of course that's just my opinion, I could be wrong.

The opinions in this commentary are strictly Gene Wunderlich's personal opinions. While any reasonable and/or rational indivdual should agree wholeheartedly, the opinons reflected herein may not necessarily be those of the Southwest Riverside County AOR,  or any local or state government or other mental institution.

Sounds like a crazy guy and crazy situation.  Where do people come up with these ideas. 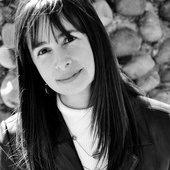