Life in Texas can bring many unexpected surprises. The land is large and for the most part, still uninhabited. Texans are often privy to erratic weather; pests in their homes, even the occasional stampede of wild horses is not unheard of. However, throughout Texas and Houston in particular, residents are now witness to a new epidemic, and its costing taxpayers a pretty penny, the influx of feral hogs.

Wild pigs are nothing new, and the state agriculture department estimates that the damage caused by these animals costs residents nearly half a billion dollars a year in damages. Residents of the Riverstone subdivision in Sugar Land have experienced the wrath of such a nuisance. The wild pigs cause damage to yards, dug up flowerbeds and sod, dented fences, destroyed vegetable gardens, and there isn't much residents can do.

"It's very frustrating," said Ricky Stephens, a resident of Riverstone. "They're very large," Stephens said. "They're bigger than my dog there." "I'm tired of paying to have it fixed," He showed reporters how the pigs rolled away an enormous rock he had as a fixture in his yard.

The State Agriculture department cannot regulate wild animal populations; therefore it is up to residents to take measure to protect their own yards. Tom Wilcox of the Riverstone Homeowner's Association reported that:

"To date we've put up 3,000 linear feet of fence around this one particular subdivision in the gaps and areas where hogs are coming in, and they kind of move from one another to another area so we fence one area and all of a sudden we move to another area".

Residents have resorted to electric fences and traps, while others simply take pictures of the wildlife creeping throughout their yards and do the best to accept their new neighbors.

Homeowners face many obstacles while trying to maintain the appearance of their property. These hogs are turning up yards and defacing land, which in the long run can decrease property values. As the wildlife population is almost impossible to regulate it is up to Houston residents to take their yards into their own hands, and back from these wild neighbors.

I lived in Katy for some time...it was amazing how many wild hogs I saw there.

Seriously, I had no idea. Are they dangerous? Cause accidents on the roads? Get into buildings like houses or garages?

Yep ...Houston has got hogs. In fact, they are wide spread across Texas. They're not directly dangerous but if you try to catch one without a hog trap or rifle then they can charge you ...and they have sharp teeth. The State of Texas has an open season on hog hunting in hopes to diminish the population but they breed like crazy and are quickly becoming a nuisance in surburbia. 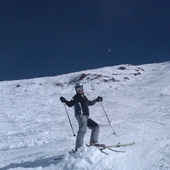 Blogging about the real estate industry, happenings, opinions, and observations.