Home > Blogs > Tony Green > Tony Green's Real Estate Updates
bookmark_borderbookmark
North Carolina has been selected as having the best climate for business for 2010 by Site Selection Magazine. North Carolina has dominated the annual selection for the last ten years, winning six years in a row and 9 out of the last 10 (reminds me of the same domination in NCAA Basketball!).

The rankings are based 50% on state performance and 50% by a survey of corporate site hunters. The article lists several strengths of NC including higher-education resources; work-force training initiatives; moderate climate; and transportation infrastructure (Do you hear that NC DOT? Winston Salem needs the Northern Beltway to help NC...sooner than later!). The magazine also stated the proactive business recruiting by the governor.

Don't hesitate to contact me when you are relocating to the Triad area as your company grows in North Carolina. 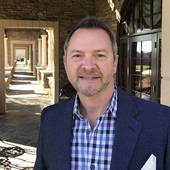