I am so glad all this campaigning will be over tomorrow! I have to say Buddy is excited about today, a new governor for Michigan, a strong possibility of Nancy and Harry joining MSNBC and some great story telling with my business partner.

The elections had us talking and laughing this morning, both excited about the prospect of a new day in America. My partner had been doing some consulting and recruiting in North Carolina for a big company and was telling me about a couple of his more interesting "candidates" this morning and where they are now!

Rhis came up because one of the potential agents he interviewed and respectfully let remain at KW is running for office in North Carolina and his opponent is running ads about how he bounced checks all over town and my partner indicated that at the interview the "candidate" told him he had closed over $12 million in business the trailing 12 months when the reality is the number was $1.2 million. He denied the low production and the bounced checks, both we proven. He never got a second interview but he won a primary? Wierd Country, hopefully he will not be having the last laugh tonight.

The best story was about a newer agent that was telling him it took six months to get her marketing in place because her hair stylist was having a hard time matching her hair to her poodles'. Yes, she was dying her hair to match her dog for her business card picture...not kidding. She had her picture taken with her poodle for her cards with matching hair, it took four shoots!

She just opened her own shop, with 38 career sales, that sells real estate and interior design!!! Seriously, the poodle lady will not sell your home and decorate it too! She also was not given a second interview and stayed at KW until she decided to change the face of real estate, or at least the hair!

Has anyone noticed all the "puberty"  in real estate this year? Every agent with less than four years experience is changing the way real estate is done... remember when you discovered the world was round and thought you knew it all? I remember the day I found our I didn't, a younger friend came home from school with the same cocky, know it all attitude I had three years earlier. That was the day I realized I hadn't discovered the answer, it was there all the time I just had not been open to it.

That is what our industry is like today. The same mistakes are being made that were made in 2002, 1998, and 1994, by a new group "reinventing the business" with the same old ideas and no horsepower to make it happen. My advice...math is simple, there is only 100% in every deal, join the professionals that have been changing the business for years...playing catch up sucks, working on a strong team is the bomb.

Well I guess the point is our government is a lot like our industry, the bar has been set pretty low and we bet our country on a person with no experience that was going to change the world two years ago (how is that working, I just read in New York magazine only 10% of Obama Nation from the last election is still energized) hopefully tonight we will see some positive change, and hopefully just not for the dogs. 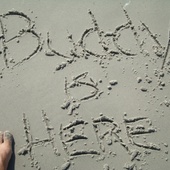