This one had me in tears, I had to share it.  I hope you enjoy.

One Sunday afternoon a couple sees an ad in the paper. They can't believe their eyes. There is a house in the paper for $1000 that is in the nicest part of town. We are talking about a Highland Park mansion for $1000. They think this has to be a misprint, but decide to call anyway.

They say to lady the who answers we saw your ad, and realize it is a misprint correct. She tells them no it's not & you are actually the first ones to call.

They decide to go look at the house. They race over as fast as they can. They pull up to the most beautiful house on the block.

In front of the house is a fountain that cost at least $30,000. They ring the door bell & the lady answers. She starts showing them the house. They realize this house is over 5000 sq ft and it is obvious that expense was not a problem in building this house. The house had marble imported from Italy & a chandelier imported from France. The landscaping was breath taking & the house had a great pool & a nice tennis court.

The couple said to the lady this is the most beautiful house we have ever seen, what's the catch? The lady assured the couple there was no catch.

The couple wanted the house for $1,000 but was leery of doing the deal. Finally the lady said you seem like a nice couple, so I'll let you know the truth.

She told them this house is completely paid for, and not a penny is owed against it. Well, last week I got a call from my Husband. He informed me he is leaving me for his secretary. He then told me I could have everything we own as long as he could have the proceeds off the sale of the house. I agreed and he asked me if I could sell the house while he & his new girlfriend hung out in the Caribbean?

That's great! I've heard of these happening with sports cars, etc. Never a nice house like this...  :)

Doretha - That's very funny! This guy obviously had lots of dollars but no sense! Who let's their ex sell their stuff! Great post!

That secretary better really be something... 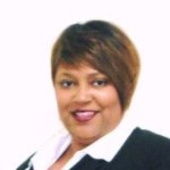