This is from a few months ago but I consider it to be still timely and important. I know it's been a rough ride already and saying i could get worse may not be popular but it's true. There are still a lot of big bumps to come. If we keep our eyes open and our heads out of the sand we will get through this.

View more presentations from Altos Research.
The California-based company says that ominous shadow inventory of distressed properties hanging over the industry will lock home prices into a downward trajectory for the remainder of this year, with property valuestarting out 2011 even lower than they were in 2009.
Agents, realize that this pricing trend will push more homeowners underwater. More underwater homeowners will result in more agents needed to help those homeowners avoid a foreclosure. If a homeowner is on the path to foreclosure their best solution is a short sale.
Fact is the short sale process seems to be changing almost every week. Its not enough to merely have a ‘short sale designation’. Watch the FREE Harris Real Estate University ASD (Accredited Short Sale Designation) Agent Short Sale Secrets video and download the FREE short sale training book. Short sales are one of the top 3 ways to make money now in real estate.

Market trends charted by Altos show that inventory levels are indeed moving higher and the influx of shadow inventory is beginning to show in the market. The company’s VP of data analytics, Scott Sambucci, described a noticeable shift in housing supply in what he called “a sign of market weakness.”

“The recovery period is dependent on inventory,” Sambucci said. “But different markets move differently. It’s important to get local.”

Data provided by Altos as recently as January pointed to a steady decline in housing inventories over the previous 16 months, at both the national and local market levels. But Sambucci says that quickly changed after the first month of this year.

Since January, and particularly post-tax credit stimulus, Altos has tracked a rapid divergence in inventory numbers vs. listings sold and absorbed. This, Sambucci explained, means more inventory is coming onto the market, with less inventory leaving.

As a result, he says, we’re going to see an extreme inventory overhang going into 2011. Add to that the fact that the pool of viable buyers out there is shrinking – thanks to tight credit, a declining homeownership rate, and more and more consumers being locked out of the market after a foreclosure – and you’ve got an equation that’s right in line with Altos’ bearish outlook.

Why there is a double dip…and what will happen with home values:

According to Altos Research, the 20-city composite price index, which measures home prices on a rolling 90-day scale, bottomed in 2009 because of the shadow inventory, whatever the estimate. It rose to a peak in July 2009 and fell to where it is now in July 2010 (see graph below). Sambucci said it should drop below the 2009 bottom and start at a new low in 2011 before rising back up to the same levels seen in 2010.

Altos Research provided its assessment of the most stable housing markets…and the markets that it considers to be on shaky ground.

The San Francisco metro area topped the stable list, along with Las Vegas and Washington, D.C. 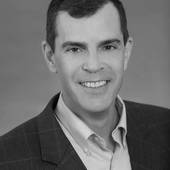