Retirement by the Numbers: · One of the 77 million baby boomers reaches 50 every seven seconds.

· The age for retirement was set at 65 by Kaiser Willhelm in the late 1800’s. It is now generally accepted among gerontologists that life expectancy may exceed 85 years.

· Consumers 65 and over make up 13% of the population but account for only 2% of the characters on prime-time TV.

· In the next 25 years, there will be over one million centenarians in this country.

So, what can we learn from all of this?

Make friends with young people!  They will pick your retirement home or nursing home & they will be the ones most likely to speak at your funeral.

One of the best places to retire is on Idaho Real Estate!

Search 55+ communities in the Boise-Nampa area.

Sonoma has the oldest median age residents of any town or city in our entire county.  Young folks here are definitely coveted.  Hey...maybe there's a business idea in here somewhere for my neice?

Echo Boomers (18-31) are the next generation, HUGE!! Time to start thinking young and make sure our technology is up to date!

I didn't know you had 55+ communities there.  I hope you'll post some information and send me a quick note when you do.

You've got my head spinning with the numbers given - and after hitting 55 this year has made me start thinking, will I ever retire? I'm having too much fun in the real estate world to give this up any time soon.

Wow, lots of numbers to digest! Thanks for the post :)

Kirsten, Sonoma sounds like it could use some new blood! Maybe a great place for kids to do a service project or two!

Carol, Echo Boomers, eh? I wonder how large the number is compared to their folks?

Juli, Are you planning to move to good ole' Idaho!?

Carla, I'm not there yet, but I have sisters who have crossed the barrier. I can't believe it! We were just kids!

SCA, yes, interesting facts, for sure! 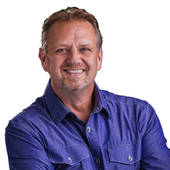