Would you like to see the great entertainer Elton John without having to pay for those expensive tickets?  You can go see Elton John at the Ocean Center for free.  Want to know how?  Click here to find out.

It's a good life! 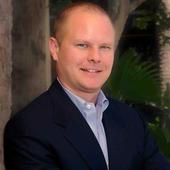 Livin' By The Beach is what it's all about. Ian Anderson with The Dream Homes Team is here to offer you his insight and experience of living the lifestyle you have always dreamed of in the greater Daytona Beach Area.