Pending home sales dropped out after two monthly increases, signaling an uneven recovery entering the year 2011 with few near term disruptions from the foreclosure moratoriuom, according to the National Association of Realtors ®. The report was published in 2010 Realtors ® Conference Expo in New Orleans.

Index of pending home sales The (PASS), an indicator of research before, fell 1.8 percent to 80.9 based on contracts signed in September from an upwardly revised 82.4 in August. However, the rate remains 24.9 percent below a rise to 107.8 in September 2009 when the first-time buyers rose in the market to take advantage of the early period of the tax credit last November. The data reflect the contracts, not closings, which typically occur with a lag of a month or two.

"Home sales showed some improvement, but the foreclosure moratorium is likely to cause trouble and contribute to the evolution of sales which in the coming months," says Lawrence Yun, NAR chief economist. But seems to be a pent-up demand that will be released eventually as banks resolve their problems with seizures and improving labor market. However, the credit crisis and future assessments under a negotiated price continue to hinder the market .

"Mortgage rates are currently bouncing on the bottom, but is expected to increase gradually and the average 4.9 percent next year, then rise to 5.8 percent in 2012," Yun said.

Existing-home sales are forecast to gradually rise, with some occasional dips along the way. “For 2011 we should see more than 5.1 million existing-home sales, up from about 4.8 million this year,” says Yun. “Housing starts are expected to rise to 716,000 in 2011 from 598,000 this year. We’ve added 30 million people to the U.S. population over the past 10 years, but sales are where they were in 2000, so there appears to be a sizable pent-up demand that could come to the market once the economy gathers momentum.” 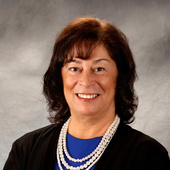