We have a split house when it comes to baseball around our house and this year was very confusing....I am a Yankees fan and yes I know how you all feel but I don't care!  I love the Yankees and you will never change my mind!  If you look closely I did have a shirt on from the World Series Champions New York Yankees.  It is a small logo on the shirt but it was there and I received "Hell" for wearing even something that small.  Notice Mr. S is wearing a Texas Rangers Cap even though he is a Reds Fan (traitor) LOL.   I have also enclosed a pic for you Giants fans that is my favorite from the night!  Not because they won but it is a cool pic... We were expecting the Reds to have won the division.  Mr. S is from Cincinatti and we had our fingers crossed.  My son even wore a Reds hat while watching the games with his daddy. Opening week we did go to a game here in Texas and they were playing the Yankees!! Picture of my son at his first professional baseball game:  Notice the Yankee get up on us while Mr. S cheering for the state he lives in,  just to to be nice :)...okay so the real reason...he hates the Yankees. So maybe next year my Yankees will win the American league and the Reds will win the National then we can duke it out and have some real fun.  I wounder which team Oliver will like?

While I boycotted the Giants while Barry Bonds played.....it was so exciting see a bunch of no-name guys come together.  And "The City"....as it's referred to here....was ecstatic!

Personally, I think Oliver is going to be an ice hockey fan.  He does not look the least bit excited about either team!!

Kathy~  I was in San Fran the week before and you could already feel the excitement with them in the Series,

Pat~  I hope not, I know NOTHING about ice hockey, but you are right he doesn't look too excited :) 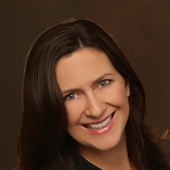