Brought  to you by Team  Maxwell The wounded mortgage industry has been working as best it can to pick itself up from the canvas, with massive support and guidance from the government. It has instituted many internal policy changes, on one hand, to correct the grave underwriting, mortgage-backed security and other mistakes made in the not too distant past. On the other, Washington has come up with its own legislative cures to prevent another spectacular mortgage and real estate collapse from creeping up on the country again. Despite the continuing uncertainty and weakness in housing, cautious optimism is also entering into the mix. Maybe the worst is over, or about to be over, many hope.

And then another unexpected lightning bolt strikes the still vulnerable home loan industry.

Evidently in their haste and lack of qualified staff - other valid reasons may come to light later - several large mortgage providers and loan servicers seemingly have signed off on foreclosures without bothering to read the documents. In essence, they have failed to carefully scrutinize them for accuracy before submitting them to courts. Borrowers are increasingly contesting their home repossessions because of this. If the process was flawed, the titles to the properties the banks received through foreclosure are smeared. While the courts are trying to untangle these challenges, in the meantime mortgage lenders can't sell their REOs - real estate owned - due to defective titles. It is possible many borrowers could get their homes back.

As a result, GMAC Mortgage - a division of Ally Financial - has stopped all evictions while it contemplates its next move. Similarly, JPMorgan Chase has requested courts to suspend foreclosure decisions for now. Bank of America has also held up foreclosures in 23 states while reviewing its documents. They - and predictably many others - are well aware of potential lawsuits and want to proceed cautiously. At this point several states - Florida, California, Iowa, North Carolina, Illinois, Connecticut and Texas - are investigating the matter. Conspicuously absent from the list are such hard-hit states like Nevada and Arizona. Logically speaking they have a load of mortgage borrowers whose homes were possibly repossessed under the faulty processes and should now be in the forefront in protecting their residents.

The worst of this could be that mortgage borrowers who lost their homes during this housing meltdown could challenge years later the repossessions. That puts a cloud on a title and the current owner, who probably purchased an attractively-priced foreclosure, say in Las Vegas, cannot now sell because of the defect. In fact, he likely isn't even the legal owner of the property at that point. Ownership rights normally surface during a title search when a property is under a sales contract. What a mess in the making. This could potentially blow up into a truly toxic situation for the mortgage lending and real estate industries desperately looking for more light at the end of the tunnel.

With all the special warranty deeds and sherriff deeds being used in foreclosures I really believe we will see the ripple effect taking year to get back to norm.

Great job on your post today.  I learned so much. 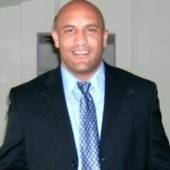