On December 6, DART Rail comes to the Carrollton-Farmers Branch area with the opening of the new GREEN LINE!  Until now, if you were looking to commute to points south via public transportation, your options were limited to taking the bus or driving down the George Bush Turnpike to Plano to utilize the RED LINE.  With the new Green Line running through the CFB area, you'll be able to park the car at one of 4 local rail stations and sit back and catch up on some reading, update your Facebook status, or catch a quick nap while you head to your destination.  The furthest north the Green Line goes is the North Carrollton Terminal and heads all the way down to Buckner, just north of I-20 in Southeast Dallas. Feeling like trekking through the city and points beyond?  Once you get to Downtown Dallas, you can jump on the Red Line and visit the Dallas Zoo, enjoy some shopping at Mockingbird or enjoy some brunch in Downtown Plano.  Take the Blue Line and visit points as far east as Downtown Garland and Cityplace.  Feel like heading out west?  Jump on the TRE which connects the hubs of the Metroplex, Fort Worth and Dallas, while cruising through Irving, DFW Airport, and the mid-cities.

Feeling adventurous?  Then visit www.dart.org and plan your weekend adventure or your daily commute.  Happy trails! 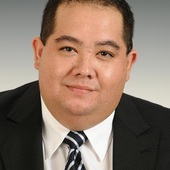