According to Lawrence Yun, Chief Economist at the National Association of Realtors, gross commissions for real estate agents are down 50 percent from their peak.

That essentially means that the real estate industry is playing with half the money it did back in 2006. And then we have the other kicker…

The ranks of real estate agents has only fallen around 25 percent.

That means the if there was 100 dollars of commissions for every 100 agents at the peak of the market there is now only 50 dollars for every 75 agents.

That is some seriously bad math for the industry. It means that people were doing very, very well at the peak and we are now to a moderate level or the more likely reality, most agents would be starving if real estate is their only source of income.

Either way, these numbers show the pain that is being felt in the industry today.

The number of U.S. home sales agents and brokers has dropped by about a quarter since the industry’s salad days before the housing market crash.

But home sales have fallen even further – they’re down almost a third since 2005.

The gross commission total has plunged 50 percent in the last five years, estimates Lawrence Yun, top economist with the National Association of Realtors.

“The pie has gotten smaller,” he said over the weekend at the Realtors’ annual meeting, where about 20,000 members were expected. In 2007, more than 30,000 Realtors showed up for their biggest convention. Via The Dallas Morning News

Groups:
Active Rain Newbies
Addicted to Active Rain
Out Of The Box!
Posts to Localism
Stage It Forward...

Show All Comments
Vickie Slade
Colorado Landmark, Realtors - Boulder, CO
Service You Can Trust ~ Someone You Can Depend On

Beth, pretty alarming stats.  I believe, however, that those agents who are really serious about being an agent full time and are focused on their business are doing well.  It seems that those who were treating this as a hobby or as a second source of income are the ones who have seen their commissions significantly decline.

Wow! This is not good news. Let's all work toget the homes selling and the prices back up. 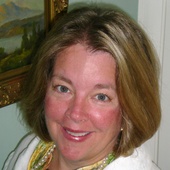 over 11 years ago
bookmark_borderbookmark
Happy Thanksgiving to all of our Armed Forces.
View more Recent Posts   arrow_forwards