With structures dating back to 1789,Fern Creek was a bucolic mix of farms, horse pastures,  and upscale subdivisions until it, along with several other incorporated communities in Jefferson County, was annexed by the City of Louisville in 2003.  Since the 1960's, when the area came more developed, Fern Creek had been considered a suburb of Louisville; the annexation made it a neighborhood on the radar for developers who saw the area ripe for new shopping centers and new roads.

At the moment, there are three major plans under consideration for Fern Creek development, including a federal study. All include four goals: to reduce traffic congestion, make the area welcoming to cyclists and pedestrians, limit commercial sprawl, and protect rural areas south of the Snyder Freeway near Floyd's Fork Greenway.  As we have often noted in this blog, Louisville has its hands full balancing its objectives of being a modern city, implementing its goals to be green and healthy, and respecting the interests of citizen groups.

Amidst developers' plans and long-range studies to determine the future, a small group of Fern Creek residents, known as the Green Shirts, have emerged as critics of the new plans.  They don't want to be perceived as opposed to all change, but they want to make sure that the character of their locality is not bulldozed to make way for "progress."

Fern Creek, first known as Stringtown, was originally intersected by the Louisville and Bardstown Turnpike.  It eventually became the southeastern section of Bardstown Road, the shopping and entertainment Mecca of the Highlands, but during the Civil War, was a route used by both Confederate and Union soldiers.  Fern Creek was a stop on the Interurban Railroad, as part of an early effort to connect suburban Jefferson County to Louisville.  The Jefferson County Fairgrounds were once located there.  In modern times, its nearness to I-265 makes it an ideal location for new road construction as well as for shopping centers and subdivisions.  Since the 1980's, the area has expanded southward once the Snyder About 1,500 new homes per year are built per year in Fern Creek.  South Pointe Commons, a shopping center was approved two years ago to meet the need for retail and commercial space, but residents fear that the new stores will add to traffic congestion.  Before more plans where okayed by the city without consideration of residents' concern, the Green Shirts and other local groups have stepped it to encourage more public input.  When they protested that the proposed road to connect Brentlinger Lane with Billtown Road, intended to improve access to the Snyder Freeway, would bisect properties, including Metro Parks lands, the road was removed from planning map.

By early next year, the Louisville Metro Council will pass a plan that sets forth guidelines for future development.  No money is available to implement any plan now, but the concern is with planning for future projects and defining what structures need to be in place when the time is right to go forward.  The Green Shirts hope to be a voice of citizen reason that influences public decisions when these improvements become reality.  Fern Creek may be on the radar for developers and planners, but it is on the radar for concerned residents too.

There's always something happening in Louisville, a great family city that is also committed to living green.  For ideas about the best place to settle in Fern Creek or other parts of Louisville, contact Mollie Younger of Younger Group Real Estate. We know Louisville! 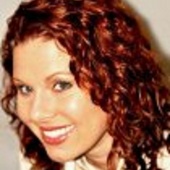