Located next to The Whale's Tail Restaurant on Harbor Blvd, (West side of the Harbor) the boating instruction and safety center (bisc) will provide boating and marine education to residents of ventura county.  Programs will be provided by California State University - Channel Islands along with the Channel Islands National Marine Sanctuary and the County of Ventura, among others.  The BISC will offer beginning and intermediate sailing, kayaking, diving, boating safety, as well as other educational programming.

On July 3, 2006, the channel islands harbor foundation received a letter from the martin v. and martha k. smith foundation offering a contribution of $1,000,000 toward the construction of the bisc.  This generous gift will allow the construction of the BISC to stay on schedule, to the benefit of residents of ventura county.  Martin v. ("bud") Smith was a major developer in channel islands harbor, having developed the casa sirena hotel, fisherman's wharf, the anchorage, villa sirena, and bahia cabrillo apartments, and the boat slips adjacent to these properties.  After developing the properties in the 1960's and 70's, bud retained ownership for many years, until 1996.  In addition to developing properties, bud was an active boater, living and keeping his boat in channel islands harbor until his death in 2001.  His energy, humor, and optimism were a great contribution to those who worked with him.  his generosity to his friends and employees is well known.  Now, resources from the foundation named for him and his wife, martha, will continue to generate opportunity for all those in the community who benefit from the BISC.  The terms of the grant call for the facility to be named the channel islands harbor boating instruction and safety center in perpetuity, and for a display in the lobby thanking the foundation and honoring martin v. "bud" smith. 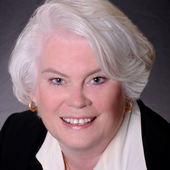