I remember when I was in school, we all stood and bowed our heads in prayer at this exact moment to honor our Veterans.  My life has included World War II, the Korean War, the Vietnam War, Desert Storm, and the Iraq War, and no matter how hard I try, I will never be able to say "Thank You" enough times and in enough ways to all of our troops who have served to protect our country.

My brother and cousin served in the Air Force during the Korean War.  My brother's position put him on the front line and even though I was only 7 or 8, I can remember the fear my parents and I had for his safety and then the excitement when we finally received a letter from him.  My brother returned safely from Korea and I am thankful every day for this.

Our youngest son enlisted in the Army in 1988 and in December of 1990 he was sent to Saudi Arabia to be part of the invasion of  Kuwait.  We did not hear from him for over a week after the invasion.  It was terrifying to watch the news every day not knowing if he was injured, or worse.  He was finally able to call to let us know he was all right and he came home safe and sound and I am thankful every day for his safe return.

Our oldest grandson enlisted in the Air Force right after graduating  from high school in 2004 and  in 2007 he was offered the option of going to Baghdad as a "police trainer" which he agreed to do.    Instead, every day for over a year he was riding the streets of Baghdad in his Humvee searching for insurgents, never sure when he might be a target.   Again, the news was very scary each day, but communications were so much better, he could at least call and email his family every few days so we did not have to fear for his safety for long periods at a time.  After his tour, he came home safe and sound and again, I am thankful every day of my life.

Even though so many things have changed, from waiting for a long overdue letter from a loved one in combat, to checking your email each day for updates from your loved one, the thing that never changes is the fact that these brave men and women are risking their lives every day to serve and protect their country and every one of us should take the time to thank them every day.

TODAY IS VETERANS DAY, PLEASE THANK OUR SOLDIERS AND THEIR FAMILIES. 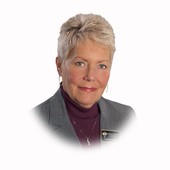