Mattie Silks was Denver's best known Madame.  She ran several brothels, but perhaps her most well known was Mattie Silks House of Mirrors.

A keen businesswoman, Mattie Silks operated a genteel and well organized establishment.  She had a dozen beautiful, well dressed girls.  Mattie Silks' girls were provided a room and 2 meals a day plus full laundry services.  The girls purchased their own clothing and they split their profits with Mattie Silks 50/50.  Mattie Silks did not tolerate swearing or smoking and all customers were to be treated with the utmost respect.

In 1877 Mattie Silks fell in love with a married gambler named Cortez Thompson.  After the death of his wife in 1884, Thompson married Mattie Silks.  Thomson died in 1900 when Mattie was 54. Brokenhearted, Mattie Silks put a renewed effort into her businesses.  However, with the turn of a new century and with prohibition on the horizon, Mattie Silks toned things down a bit but remained open to the public as a "hotel".  Mattie's "girls" remained on as "maids". Soon after, Mattie Silks began dating her accountant Jack Ready and married him in 1923 at the age of 77.  Jack Ready and Mattie Silks were retired and happily married for 6 years until January of 1929 when Mattie Silks passed away at Denver General Hospital as the result of a hip fracture.  She was 83.

Mattie Silks was buried at Fairmount Cemetery in Denver next to her first husband Cortez Thompson under the name Martha A. Ready.  A few years before her death, Mattie Silks gave an interview and said:

"I went into the sporting life for business reasons and for no other. It was a way for a woman in those days to make money, and I made it. I considered myself then and I do now-as a businesswoman. I operated the best houses in town and I had as my clients the most important men in the West.  I kept the names of my regular customers on a list. I never showed that list to anyone--nor will I tell you the names now. If a man did not conduct himself as a gentleman, he was not welcome nor ever permitted to come again. My customers knew I would not talk about them and they respected me for this.  My houses were well kept and well furnished.  They had better furnishings than any of my competitors.  I never took a girl into my house who had no previous experience of life and men. That was a rule of mine. No innocent young girl was ever hired by me. And they came to me for the same reasons that I hired them. Because there was money in it for all of us."

based on the picture of Mattie it must have been slim pickins in Denver back in the day...lol

Jeff, OMG! Mattie Silks was the MADAME not one of the girls!

Gwen, thanks for the imput, I have really enjoyed writing these blogs.

Like
Michael Decker
Gilbert, AZ
Right now is the best time to own a brand new home

Absolutely wonder post...  hope everybody can get that type of Sanctuary at Desert Ridge out here.. 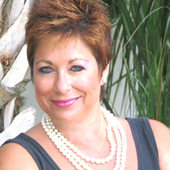