Many investors were surprised today by the results of the Federal Bureau of Labor Statistics' Employment Report. While the ADP report on Tuesday had suggested potential weakness in hiring, the BLS report indicates that the economy lost ground in employment last month, and that the good growth seen in July and June was actually significantly less than expected.

In response to this, stocks traded more than 1% lower on all major exchanges, and investors flocked to relatively secure US Treasury bills, depressing the yield of the 10-year treasury by more than 1/8% to 4.36% from yesterday's close at 4.5%.

The 10-year treasury is closely followed by mortgage investors and lenders due to its close relationship to long term fixed mortgage rates.

Based on this news, expect to see lower mortgage rates in the next few days. Should this trend of economic weakness continue, it is likely we will see a rate cut by the Federal Reserve, which is hoped will inspire home buyers to revisit the market.

Recently, a trend has appeared in the spread between 30-year fixed mortgage rates as reported by Freddie Mac, and 10-year treasury yields. Historically, in the 1st half of 2007, this spread averaged 1.5%, meaning that a 10-year treasury at 5.0% indicated that the 30-year mortgage rate should be approximately 6.5%. Recently, that spread has increased dramatically to close to 2%.

This is likely linked to the perception of higher risk in mortgage securities in the current lending environment., and the spread should be expected to return to its historical level as the crisis eases. A review of data indicates that the spread is usually at its highest when rates are falling, and at its lowest when rates are rising, however, this should not be viewed as empirical data.

For now, expect to see lower rates in the immediate future. It appears safe to wait to lock interest rates at least until Thursday or Friday of next week when a number of important reports regarding jobless claims, import and export prices, retail sales, and industrial activity are due. Waiting to lock interest rates is often referred to as "floating". Have a great weekend!

Dan Hartman is a Senior Mortgage Advisor with Province Mortgage Associates, and serves as an Adjunct Professor of Finance at the University of New Haven 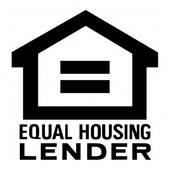