Ah, La, Peanut Butter Sandwiches!  I'm not one for predicting the future, but something tells me you might read this headline when November 2010 real estate sales reports come flying at us in the first weeks of December:

If there's anything I can say about this prediction, its DON'T PANIC!  Like back in July 2010, when the media had a field day with the news that sales dropped off significantly from June to July, little was initially mentioned that the government incentive programs had run out as of June 30th, 2010.  These programs pushed buyers to purchase homes prior to June 30th in order to take advantage of both the first time home buyer tax credit of $8,000.00 and the $6,500.00 tax credit for existing home owners.  As it caused for an artificial blip in home sales, the media both jumped on the numbers when they went up in June and when they fell off a cliff in July's housing reports.

If we rewind a little further back to the 2009, you may recall that the original 8,000 Tax credit was offered to first time homebuyers who settled on homes prior to the end of November 2009.  Again, the government incentive drove many home buyers, who were on the fence, to purchase homes sooner rather than later.  Residential sales numbers spiked as expected, however, as the economy continued to lag behind.  Hoping the large tax credits would help jump start the economy and clear out a lot of the incredible housing inventory, legislation in December of 2010 was passed to continue and expand the program into 2010.

So where does that leave us?

My goal is to manage expectations.  The housing news has been fair over the last couple months.  October saw a decent sales numbers but the truth is the holidays are right around the corner and we just got done watching political ads! We're a bit worn out and there aren't any big market motivators to buy before the new year.  In general, my impression of the market is that things will begin to pick up in 2011 as the far swinging pendulum has now had a little time to become less extreme.  My advice is to try not to get upset when the media plays the numbers game in December and let people know why.  Sales haven't spiked and weren't expected to. My Local Market Numbers of November:

In Havertown (Haverford Township) real estate sales, we saw an incredible increase from November 2008 (23 sold units) to November 2009 (51 sold units, 55% increase).  However looking at trendmls data as of 11:57AM, November 16th, there have been just 13 units sold in November 2010.  As I'm sure we will see this number jump as people will be settling both this week and the week after Thanksgiving, I believe we will see sales numbers in the 20s rather than the 50s.  So could a 50% drop occur...yes, when comparing apples to oranges. 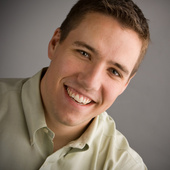