The internet is a great place to do business. One of the downsides to being an internet success is the volume of hate mail we receive on a regular basis from jealous competitors and disgruntled homeowners that bought from those competitors in the bubble (we were in High School at the time - and no, our parents were never in real estate). It's all good. We can take the abuse. We have a sense of humor. But on November 10, 2010, a local woman named (censored by ActiveRain) took it a little too far.

Let us start off by saying that Allison Ables Real Estate is the definition of customer service. We work long hours and don't stop until our customers are 100% satisfied. Our business is fueled by our mission to provide the best customer service possible. Our Broker, Allison, has personally closed over 30 transactions this year alone.

With that being said, usually when we receive anonymous threatening letters we play along or just ignore them. This threat was a little different in that our attacker had already claimed to forward "that unprofessional rant to other friends & associates in Gainesville with the caveat they pass it on." And maybe if we rectified "a huge mistake" they would pass that info on as well. That's great - but we've never met this person and have no relationship whatsoever. Seriously WTF.

Read for yourself - messages from a psychotic self-proclaimed internet peruser.

We admit it - the e-mail our co-founder Mike Johnson wrote back was rude. But if standing up for ourselves to anonymous attackers and cyber bullies is bad, then that makes Mike a very bad boy.

To our surprise, the anonymous hater transformed into a real person and called our office to announce her displeasure. After that things just got creepy.

She continued to send e-mails and Facebook messages throughout the day to which we never responded. Apparently, blocking (censored by ActiveRain) on Facebook after unwanted contact and blocking our web services wasn't enough of a clue. We finally got fed up with it and called Alachua County Sheriff's office to file a police report.

The police told her to stop harassing us and now (censored by ActiveRain) is back five days later with a new hobby - writing fake Google reviews. We decided to set the record straight and release all the material we have received. The police report will follow when it's available.

And yes... our Broker is a 21 year old college graduate and one of the most caring and compassionate entrepreneurs in Gainesville.

Wow - that is pretty heavy. So sorry you are facing this.

Wow, I have never seen anything like this before. I am speechless. Scary, weird situation, very unhealthy, I hope it all turns out OK.

I clicked on your attachment and wondered what nightmare I had entered. Sorry it has been yours and enough is enough.

I am so sorry that you have to deal with this.  Do these other moms and friends know what she is like and are any of them coming to your aid and defense? 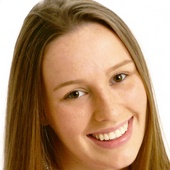