This is a good reminder of just how borrowing one random photo upset the original photographer. It does make you stop and think before randomly using pictures from the Internet. I wonder how I would feel if I saw one of my pics being used in this way? I wonder how I would feel if this had happen to a pic of my pet? Please read this by Cherimie Crane.

At least once a week I read the warnings from agents about copying photographs. Honestly, I haven't given it much thought until today. Like most experiences, it seems a bit pronounced when the effect hits home. The words in the endless warnings never mentioned the emotional side of a stolen photograph.

In the middle of my busy, hectic, Monday-all-over-again day, I received an email from a friend who had recognized one of my photographs. Anyone who knows me, and even those who have only read one or two of my ramblings know that I lost a very dear friend not too long ago.

His name was Jackson. He was my sidekick, my foot warmer, my best friend, and my comfort. Jackson was a quirky cocker spaniel who for 14 lovely years never once left my side. We were inseparable. Inseparable until tainted peanut butter in a toy caused his painful, untimely death. He died just as he lived, right by my side.

Anyone who has had the priviledge of being loved by such a soul can understand; time does not heal all wounds.

My memory had been stolen. Not only had it been stolen but had been photo shopped and commercialized. It took my breath away. To keep from humiliating myself, I had to actually step outside of my office to gather my thoughts and my emotions. This particular photo was taken only days before I had to say goodbye to Jackson. It has much value to me in so many ways. An art student had copied my photo and submitted it for the cover of the Marine Corps Air Station Air Show. The worst part is she "edited" out my Jackson's ears, my favorite of his features.

It wasn't pride nor possession that hurt so deeply, it was having my memory changed. That day was so perfect, so beautiful. I was on the boat with my two favorite people in the world and captured a moment that I will cherish for the rest of my life. She copied that moment and changed it.

I contacted her directly and eventually she responded. She didn't seem to understand why I was so upset. She simply said she thought it was a good picture and felt she could make it better. Well, she can't make it better; no one can.

So before you Google an image, think about the moment, the memory, and the story behind it. What may seem as so general, so normal, so easy, may actually be anything but general.

My moment was posted all over someone else's social networks and commercial sites. Comments about my "moment" were everywhere.

Whether you are buying or selling Real Estate in Beaufort South Carolina, We know Beaufort. Our little coastal town has something for everyone.

Sorry to hear something so precious was turned sideways on you. Remember the good.

Understand your piercing pain.  I, too, lost my beloved sheepdog after 14 years...unconditional love can never be replaced and time doesnt heal that wound.

Here is something that can bring a smile to your face right now..girlfriend...Enjoyed your postcard acknowledgment...with your Happy Mom, her blooming roses and all those cards!

That is an interesting story. I do not know that any photos of mine have been lifted. But companies take my inspection videos and put there advertising on them. I know from google alerts.

So sorry to hear about Jackson.  And, an artist for the government.  Seems this is an infringement and you should be able to get them to at least stop using the picture, at the very least.

And she didn't know why she was upset? Unbelievable!

Just because its on the internet doesn't mean anyone can use it.  BTW Jackson is much cuter with his ears. 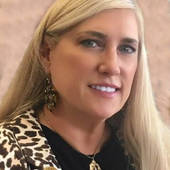