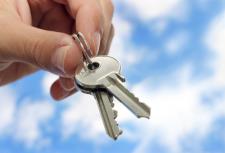 Sales figures collected from real estate boards across the country in October indicate that the Canadian housing market is returning to a balanced market.

“Six months ago we were in a strong seller’s market, now we have moved into a more balanced market position,” said Rick Snell Past President of Ottawa Real Estate Board.  “Some properties are still receiving multiple offers but this is happening much less often than was the case in the spring.”

However, sellers should be aware that demand for homes is strong, yet selective. Buyers recognize that selection, although dropping is still generous and they’re looking for properties priced competitively.

The outlook for mortgage rates and income growth over the next year is favourable. The average home selling price could increase moderately next year and remain affordable for the average Canadian household.

"The annual change in sales and average selling prices has been quite uniform across the GTA and by property type as the market has balanced out from record levels of sales in the second half of 2009 and first few months of 2010," said Toronto Real Estate Board (TREB) President Bill Johnston.

"The average selling price in the GTA has continued to grow relative to 2009 because home ownership has remained affordable," said Jason Mercer, the Toronto Real Estate Board's Senior Manager of Market Analysis. "A household earning the average income in the GTA can comfortably afford the mortgage payments associated with the purchase of an average priced home."

Ottawa, November 2, 2010 – Members of the Ottawa Real Estate Board sold 1,042 residential properties in October through the Board’s Multiple Listing Service® system compared with 1,197 in October 2009, a decrease of 12.9%. Year to date, the number of properties sold has declined 2% compared to the same period last year, a record setting year. Of those sales, 221 were in the condominium property class, while 821 were in the residential property class.

“Six months ago we were in a strong seller’s market, now we have moved into a more balanced market position,” said Immediate Past President Rick Snell. “Some properties are still receiving multiple offers but this is happening much less often than was the case in the spring.”

British Columbia – Fraser Valley housing market “getting back to normal”

Deanna Horn, FVREB President, says “with help from near record low mortgage rates and a steady decrease in the supply of homes, we’re getting back to what I call a ‘normal’, balanced market.

Horn adds, “When supply and demand move into balance, prices can become a real ‘sticking point’ underlining the importance of hiring a professional REALTOR® who knows your local market and can provide detailed comparisons to ensure your home is priced competitively.”

“Stability is the key word for the Edmonton housing market,” said Larry Westergard, president of the REALTORS® Association of Edmonton. “Prices this fall are matching almost dollar for dollar with prices for the past two years. But I am pleased to report that the inventory dropped 10.6% in October, and as it returns to a more normal level, prices will start to move.”

The average all residential price in October was $317,422 compared to $327,235 in September. It was less than one percent lower than the October 2009 price of $320,184. Listing activity continued to slow with just 2,269 residential properties added in October. There were 1,077 residential sales for a sales-to-listing ratio of 44.5%. Total residential inventory was 7,689 properties at the end of October as compared to 8,602 the month prior. The average days-on-market went up to 60 days from 56 days last month.

The all-residential median price rose from $306,500 in October 2009 to $308,000 last month. “This rise in the median price stretched the range of the lower end of the market,” said Westergard. “Yet REALTORS® still found 529 properties priced under $300,000 for buyers with smaller budgets or modest housing needs in October. There is still a home suitable for every buyer in this market.” There were 32 sales of residential properties priced at over $750,000 during the same month. 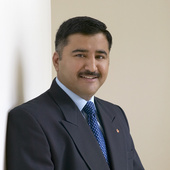