Sponsored by the City of Cayce and the Cayce Historical Museum

Come on out!  The public is invited, and there is no charge!  Free fun this weekend!  With Special guest,

*Chief Steve Silverheels is a Seneca/Mohawk Iroquois Native American. He comes from a long line of famous Native Americans. His heritage Includes Actor/Father Jay Silverheels who starred as "Tonto" on the Lone Ranger Series, Chief Trainer Halftown who starred on the T. V. Series "Pony Express" and Chief Corn Planter a Seneca War Chief, and the Seneca Prophet Handsome Lake who helped turn his tribe and nation to Christianity. Dr. Silverheels is a dynamic speaker who spreads Christ's love and healing to all nations.

__Nicole Donaghy is a Cayce, SC, Realtor and supporter of Native American culture! 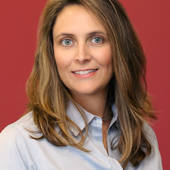