Peter and his wife have not made a mortgage payment since 2006 and they are still living in their home in Boca Raton Florida.
Mr Ticktin says that now that he is fighting his lender- Deutsche Bank National he understands what his clients he defends go through. This makes it more real he says when he can step into the shoes of those for whom he is hired to defend against foreclosure.
Back in 2006 the bank filed foreclosure but Peter Ticktin fought back using the same defenses as he uses for his own clients. Deutsche Bank did no have the original note. So this past February the bank dropped the foreclosure claim.
But they are back again. They just refiled their foreclosure lawsuit against Peter Ticktin and his wife. The bank now says they have original affidavits with which they can now foreclose. The 4th district court of appeals in West Palm Beach ruled that judges have to demand proof from the banks that they can foreclose with proof of ownership of the note. Mr Ticktin and his attorney are sure that the bank does not have the proper paperwork they need to foreclose.
The court records show that the Ticktens owe $572,909 on a house that is now only worth about $300,000. The law firm representing Deutsche Bank is the law office of Marshall Watson, one of the firms that is under investigation by the Florida Attorney General's office.
How did Peter Ticktin get into this financial situation? Some may speculate that he is gaming the system. That is very tempting since you can just imagine that their house payment must be close to 5,000 a month and they have not made a payment in nearly 5 years.
But Peter says that what happened is that he bought a business from someone who was being charged with some criminal activity but then that was the year of the hurricanes. The hurricane season killed the business and he was not able to recover financially and had sunk most of his life savings into the Pony Express business. So he filed bankruptcy and moved on with his life.
The Florida BAR suspended his license for 91 days because of conflicts in providing legal services to his Pony Express company at the same time he was defending the previous owner.
Soon after the mortgage meltdown came along and he started doing foreclosure defense. Currently his firm is handling 3,000 foreclosure defense cases. He is currently being investigated by the Florida BAR for taking out second mortgages on the homes he is defending as a form of payment. He says there is nothing in the law or ethics that prohibits this form of payment.
Peter says that he understands better what his clients are going through because he is also having financial troubles. He and his wife began rebuilding their legal practice in 2005 and have developed it into a 60 person firm with 12 attorneys on staff.
STOP FORECLOSURE!
Here in Florida you have the right to a judicial defense in your foreclosure. Let's keep it that way!
For more information about Florida Foreclosure Options- Short Sales- Click Here.
Call Nestor and Katerina Gasset today for a confidential short sale intake evaluation at 561-753-0135.
If you are considering the option of short selling your Florida home in Palm Beach County, Broward County, St Lucie County, Martin County or Miami/Dade County- call us today at 561-753-0135 for a confidential intake evaluation in order to estimate the possible outcomes of your short sale. 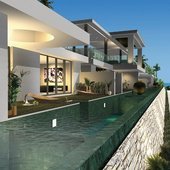