One of the most culturally significant communities in Northern New Mexico is Ranchos de Taos.  Located on the main road, a few miles south of the Town of Taos, Ranchos, as it is called by locals, was originally a farming center for the local Indians. The Spanish settled it in 1716. Because of raiding nomadic Indians in the 1700's, Ranchos village was temporarily abandoned as the residents moved to Taos Pueblo for greater security for both the Taos Indians and Spanish settlers alike. By the end of the eighteenth century tranquility was restored and both groups returned to Ranchos de Taos. The spectacular San Francisco de Asis Church has dominated the Ranchos Plaza since the Franciscan Fathers began construction in 1772. The church was completed in 1815 and it is described as one of the most beautiful buildings left by the early Spanish in the entire United States. Painted by Georgia O'Keefe and photographed by Ansel Adams and many others The Ranchos Church is one of the most photographed buildings in the country. The interior of the church features huge vigas and intricately carved corbels as well as many European and New Mexican religious art works. The adobe walls are four feet thick and even today the mud plastering of the exterior walls is an annual event for the entire Ranchos community, which is very active, regularly worshiping in the Ranchos Church. Today, Ranchos Plaza and its environs provide a picturesque setting for a number of art galleries, boutiques and restaurants. I especially like The Two Graces gallery, which offers, carved guardian angels, Buddha sculptures and a wonderfully eclectic mix of the humorous and precious. History comes alive in the many fine old adobe buildings that remain both on the plaza and in the surrounding village of Ranchos de Taos, which continues to be true to an agricultural heritage that is cherished by the locals. Orchards, gardens, and livestock are visible in many of the residences, continuing traditions established in Rancho De Taos almost 300 years ago. Hi Page, Great history lesson with your post.  Sounds like a great community and a great place to live. 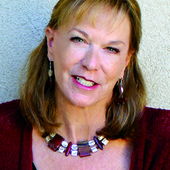