In the USA, most of us have ALL “won the lottery”, BIG TIME, relatively speaking, despite the current financial and market turbulence, along with its attendant unemployment.

As Thanksgiving approaches, I am reminded how very fortunate most of us living in America truly are. For us, the Rolling Stones’ song lyrics of “…life has its problems, and I get my share…” mean something very different for Americans than it does for most of the other 6 billion people on the planet.

Most of us have never known world-wide warfare like World War I or II, nor have we been subject to general lawlessness and all-out war on our own soil. My father’s recollections of the Korean War, where he saw people drown in the pursuit of rotten beans being disposed of at sea, my own travels in southern Italy to the grinding poverty of Naples, travels to Greece after the war, and the constant images of the travails of Africa serve as a constant reminder of our charmed lives, relatively speaking.

So, during this Thanksgiving Season, let us pause to reflect on our blessings, and vow to properly steward and nurture these blessings. Being thankful in deed, as well as in word, requires that we treasure and protect the blessings given us, and not cede our freedoms to government in return for illusory “security”.  If we don’t want to be like the rest of the world, then we should not follow their lead of failed policies. 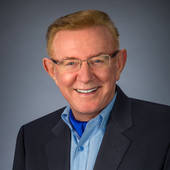