Snow in Salem Oregon-Yes, You Read that Right and Happy Thanksgiving to All!

For any of you who are familiar with Salem, Oregon, you know we don't get much snow around here.  If we do get a dusting, or a few inches, it is usually about once a year during December or January.  This year we were treated to snow on Tuesday, right before Thanksgiving!  It caused excitement and chaos all over Salem.  The last time I remember it snowing in November was the first year I moved down here, 25 years ago.  It snowed on Thanksgiving.  That was also the year I decided that I didn't like driving in the snow anymore.  Salem drivers are not used to driving in the snow, so going anywhere is exciting to say the least.  I'm originally from Eastern Washington and took Driver's Ed in the winter, so until I moved to Salem, driving in the snow as no big deal.

Here is a picture that I took of our neighborhood in West Salem with our "huge" snow storm that cancelled school.  Having snow certainly put a lot of people in the holiday spirit around here!  From my family to your family, wishing you all a very safe and happy Thanksgiving full of love, fun and warm memories! Happy Thanksgiving! It's a shame you don't get more snow than that, it looks like you have the perfect sledding hill right there in your neighborhood. :-)  Hope your day was wonderful!

Happy Thanksgiving!  Salem is such a beautiful area!

This is a cool picture. Reminds me a trainset. Have a blessed day!

Lew-thanks!  Hope your day was awesome also.  You celebrate in October, don't you?

Melissa-it is a shame as we do have the perfect hills out here in West Salem.

Tony-Salem is beautiful, but I do prefer Summer since we get mostly rain in the Winter.

Thanks Kevin-hope your day was full of blessings also.

I love the picture Mel!

Great combination of clouds trees and the houses with the snow.

Have a nice day!

Thanks Joshua-and thank you for stopping by!

Wow!  Mel, that looks like a postcard!  83 on Thanksgiving Day in Austin.  I can't complain, but the picture makes me want some snow!

HaHa Jim-you get the joke because you live here.  If Salem got the snow we got in Okanogan, the town would shut down for the winter,

Hi Toni-we might get another day or two of it, but that will probably be it for us.  Snow beats rain any day. 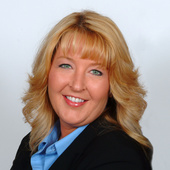 ActiveRain Community over 9 years ago
bookmark_borderbookmark
The Bite and Brew in Salem, Oregon. Things to do ...
View more Recent Posts   arrow_forwards