Not that I usually favor or promote any particular place or service, however I personally just had a phenomenal experience and wanted to share this. I have been researching and shopping around for a while for a new tv and I also wanted to upgrade my stereo and surround sound home theater system so I have spent a long time pricing and researching. With that being said, I found Paul's TV to be a Phenomenal place to shop. For those of you who are not familiar with Paul's TV, they are in all of the Jordan's Furniture stores and depending on where you live, they may be in other stores as well. I just got home from the Jordan's in Nashua, NH and I am very satisfied with my purchase.

First off, Paul's TV beats anyone's prices, EVEN Best Buy. More importantly, these guys REALLY know their stuff. I am one who is into electronics and love stereo and tv stuff, so I like to get good quality and this place sells the quality at the best prices with some of the most knowledgable guys that I have come across. I was in there for a little over 2 hours with Nick, the Assistant Store Manager and he explained the difference between a lot of tv's and steroe receivers and speakers. Some of which I already knew, just from being into all of this stuff and doing research, but a lot of it I also did not know. He was excellent with explaining everything and he was not your typical salesman. Even though he gets paid on commission, he is not a pushy person who tries to just make a sale. In fact, instead of trying to rack up my bill and add more and more on, like I wanted to do, he expalined to me how I could save money and not have to buy certain things that I thought originally.

So after much shopping and research and help from Nick at Paul's TV, I am very satisfied with everything that I purchased. I learned that not only do some of the other retailers not always have the lowest prices, they don't always have the quality products, but they also do not have the most knowledgable people.

If you or any of your clients are considering buying a new TV, stereo or surround sound home theater system, I would highly recommend at least visiting Paul's TV and comparing the price, quality and service to the others before buying. I am sure that you will be pleasantly surprised and thank me later. If you happen to go to the Nashua store, ask for Nick and tell him I sent you! 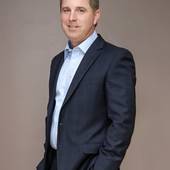