When I started in real estate in 1988 it was illegal to have a numeric score associated with your credit report. We learned to get a general impression of the company, their leadership and their spending habits by reviewing their trade lines. How they used credit and the consistency of their re-payment. From this we generated a hypothesis of the risk associated with the borrower and made a credit decision.

In college we learned about the 5 Cs of credit. To me they are a much more reliable way to gauge risk than a credit company's logarithmic formula. Maybe that's just because I can see the logic behind the 5 Cs while the credit companies won't divulge their numeric reasoning.

1) Character - also known as integrity. Does the person do what they say they will.

2) Capacity - the ability to repay. Often based on past evidence and/or a current paystub.

3) Capital - also know as a down payment. Folks are less likely to default if they have skin in the game.

4) Collateral - something of value that the lender can sell if the borrower fails. "The House"

When I analyze and investment, tenant or overall transaction based on the above, I get a very clear view of the borrower's current position and I have pretty good instincts into how their behavior will follow. It works for me. And I hope it can be a tool in your analysis tool box.

Rebekah- Would have been different if the lenders would have taken these wise principles into account durring the buying frenzy.

Rebekah, these are good, solid benchmarks to qualify and quantify both good investors and good investments.  I appreciate your more honest and relevant approach to investment analysis.

This is well written and makes alot of financial sense !!!!!!!!

Yes, I agree with John! It would have been VERY different if the lenders took these wise principles into consideration 2004-05! 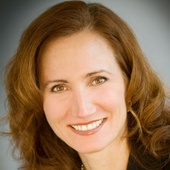