Here is a small segment of a fascinating article by Andrew Schneider Senior Public Health Correspondent...

Americans living in millions of homes will soon crawl into their attics to collect their holiday decorations.

But with those colorful lights and ornaments could come invisible and deadly asbestos fibers that decades from now may destroy or end the lives of some of the celebrants.

For years the government has known that the attics and walls of as many as 35 million homes and businesses are insulated with Zonolite, which contains lethal asbestos-tainted vermiculite.

Some medical authorities believe that people are still dying because of it.

More than 400 deaths have been attributed to exposure to vermiculite in the community in which it was mined, and a litany of solid scientific studies has shown that it can kill.

Yet the government has steadfastly refused even to issue widespread warnings to the public about its dangers.

The tale of this confirmed killer includes political intrigue, White House intervention, industry meddling and the failure of three Environmental Protection Agency administrators to act on their promises

When asked what they've done to alert the public, EPA officials repeatedly point to the vermiculite page on the agency's website,

...which even many inside the agency say is inadequate. W. R. Grace & Co., who produced the vermiculite ore used in the insulation, has continued to insist that the insulation is safe and presents no health risk to homeowners.

Zonolite insulation hasn't been sold for years, but experts fear its dangers may be more acute today than ever. They worry about the spread of asbestos contamination in aging homes containing this insulation. And they fear that government-funded plans to weatherize millions of homes will increase the likelihood of exposure among installers and residents.

While the threat exists all year, every year until the Zonolite is removed, experts like Miller believe the potential for exposure to the asbestos is greatest during the holidays. "There are millions, likely tens of millions of homes in the United States probably contaminated with this [lethal] material. The inventories show it was pretty much distributed from coast to coast, most heavily across the tier of Northern states -- New England, the upper Midwest and the Northwest -- and in all likelihood, it's still there," toxicologist Weis said.

Agency statisticians geographically plotted sales of Libby vermiculite and showed it went into homes at least as far south as Jacksonville, Fla., and deep into the northern portions of the Canadian provinces. Sales were highest from Grace's national network of processing plants.

The threat may be even more pressing today because the potential for hazard is increasing as the homes containing this insulation age.

"They're being renovated. New wiring is being put in as the aging wiring becomes unsafe. Internet wiring and cabling is being installed in these attics, as well as exhaust fans and various type of winterization," said Weis, who is now senior toxicologist with the National Institute for Environmental Health Sciences.

"All of this activity -- even the most gentle action -- disturbs the asbestos, endangering not only the workers but spreading it though the homes," he added.

But even if the attics are well sealed off from the rest of the house, the EPA and its outside asbestos consultants have found asbestos-contaminated vermiculite dust seeping through wall switches, ceiling-light fixtures and fans and sometimes through the dried-out joint tape in ceilings and walls.

"If I had Zonolite in my house I would want to know it, and if I knew it, I would do everything I could to get it out of there," said Paul Peronard, who headed the EPA's cleanup of Libby.

Some additional links of interest:

Part 1: Government Refuses to Act on Cancer-Causing Insulation
Madison Square Garden Case Illustrates Paranoia
What to Do If You Have Zonolite Insulation
Part 2: Cancer Patient's Home a 'Living Laboratory' for Deadly Fibers
Part 3: 'In Libby, There Was No Maybe' About Dangers
Part 4: Asbestos Dangers Known Centuries Ago, but Battle Continues

Hi Lesley: Never heard of it.. Will check it out. Thanks! Gay

You didn't even bring up the dead rats that you can find there too.

I'm like Gay - I have never heard of it so I will check it out.

Thanks!...I just added some additional links for you! 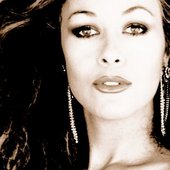