Thankfully, in my opinion, the days of Hummer Houses, McMansions and Super-Size Me homes are numbered.  The housing trend that began in the 90’s toward larger and larger houses for smaller and smaller families is reversing itself.  This has something to do with the fact that in this economic climate, people can’t afford to buy or maintain ostentatious mini-mansions.  Keeping up with the Jones is a time-honored tradition in the US.  So until the housing bust, people were buying the biggest houses that a lender would give them a loan for, whether or not they needed or could  afford it.  But the downsizing also has something to do with a greater consciousness about how large our ecological footprint is, or should be.

I think what most people really want is a feeling of spaciousness, not necessarily humongous square footage.  As I show homes around the Northern Virginia area it’s impossible not to show older homes built anywhere from the 20’s to the 70’s that have closed in, crampy rooms with lots of walls separating each room from the next.  Without a doubt, buyers today—especially young buyers want open and flowing floor plans.  They want a kitchen that opens into a family or great room and the formal living room, in many cases, has gone the way of the model-T.  Why not use that space for a library, office or spare bedroom.  Buyers want a kitchen that has lots of counter space and maybe an island but it doesn’t have to be gigantic—just super functional.

Now I’m not saying there’s no justification for bigger homes.  More people work at home part or full time.  So they need an office.  Relatives no longer live next door, around the corner or on the other side of town.  They may live hundreds or thousands of miles away and space is needed to accommodate family visits.  But this doesn’t necessarily have to translate into thousands of extra square feet.  For example, that formal living room that’s no longer needed is now the office, which can house a pull out sofa or futon to become a guest room as needed.  Since most of us use laptops, we can have a portable office located in the kitchen desk area or on the extended kitchen countertop.

Wouldn’t looking at a home from the standpoint of higher performance in terms of space usage and efficiency rather than number of square feet make more sense?  Remember the first cell phones carried around in vinyl or leather cases, that were bigger than today’s land-line phones?  Cell phones got much smaller, with higher performance and much more efficient—oh, and less expensive too.  I mean, nobody wants a bigger phone, right?  Or remember the first laptops—expensive, large and heavy.  Fast-forward to today’s smaller laptops, netbooks and the Ipad.

Fortunately, builders are getting with the program and consciously building smaller but very space efficient homes, both for financial reasons and because they are seeing the same trend.  And counties around the country are putting the skids on overly large homes with new zoning regulations, higher taxes for homes over a certain size and/or using a green building checklist that the builder must adhere to.

All in all this trend and the changing model for home sizes is good for the home buyer’s wallet and for the fragile planet that we share with 7 billion other people.

My purpose is to serve my clients and advocate for their highest and best good, so they attain their real estate goals.

I am in total agreement.  Not counting the dog are home is 1100 sqft per person.  I still don't know what all the light swithes are for in this house after twelve years.  I miss our old place @ 360 sqft.

Gayle - what a timely post! Our family is guilty of the large home syndrome, and I must admit we only use about half of our home most of the time.  Our next home will definitely be smaller (mostly because I hate to clean this one!)

I just hope the the downsizing continues, even after the economy improves.  It only makes sense as far as I'm concerned.

It's true most people live in a couple rooms in theit home.  Kitchen, family room, bedroom and a bath.  I do understand people wanting a big house in an area where the weather is severe though because they have to spend most of their time in it. Not so in CA.

Actually, I have to disagree with your logic Tni.  Having a large house in severe weather costs much more to heat and cool and is much of an environmental problem, since most often these homes are leaky. At least in California--certain parts of course-you don't have to use heat and A/C as much.  Large homes are not good for sustaining our planet, period.

Great article Gayle, I think the question of space and efficiency vs. square footage boils down to the clients preferences. Good work 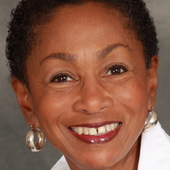