Home > Blogs > Chris & Maria Skrip > Beaufort SC Real Estate Blog
bookmark_borderbookmark
Agents: ‘Keller Williams Can’t Touch RE/MAX’ DENNIS BOTTCHER KATHLEEN COOPER By Deborah Ball Kearns, RE/MAX Times Online Associate Editor Kathleen Cooper was recruited to Keller Williams from her independent brokerage last year with guarantees of a new office, 100 percent commissions and the opportunity to be a coach within the system. After one year of false promises and little support, she joined RE/MAX in mid-October. Her impression so far? “I wish I had joined RE/MAX a year ago,” says the new Broker Associate with RE/MAX Professional Associates in Sturbridge, Mass. “When Keller Williams recruited me, they told me that RE/MAX was really ‘FEE/MAX,’ but that’s simply not true. I get more services, education and training for free at my new office than I ever did with Keller Williams.” Cooper isn’t alone. A total of five former Keller Williams agents joined the Sturbridge RE/MAX office in October with the support of Broker/Owner Lorraine Herbert and Recruiting Manager Pam Crawford. Gaining the new agents effectively stopped Keller Williams’ plans to open a new satellite office in town, Crawford says. “We are constantly fighting the misconceptions about RE/MAX that our competitors perpetuate to recruits,” Crawford says. “When I sit down with agents and show them how much more they earn with us than with other companies, they finally get it. Keller Williams aggressively promotes a 70/30 split, but that only works in your favor if you’re not producing.” The opportunity to put more money in his pocket also attracted Dennis Bottcher to RE/MAX Professional Associates. He had been with Coldwell Banker for five years before Keller Williams recruited him with the ill-fated promise of a new office in Sturbridge. When the project fell through, he switched to RE/MAX so he could stay in town. “RE/MAX is a major hitter with better tools, resources and operational systems than any company I’ve been with,” Bottcher says. “When I had joined Keller Williams, my friends asked me ‘Who’s Keller Williams?’ RE/MAX, however, needs no introduction; everyone knows the brand.” Bottcher reports that he has already received several referrals and action on his listings since joining RE/MAX. He’s working a listing, just sold another house and is closing on three others – all within a month of making the switch. As Cooper puts it, moving to RE/MAX is a step up. “Everything – the training, education, support and technology – is top-quality at RE/MAX,” Cooper says. “If you want to sell real estate and be successful, RE/MAX is the place to be.” © 2010 RE/MAX, LLC. RE/MAX Affiliates may share this article, provided they do not charge for it and this notice is included. All other rights reserved.
Like favorite_border
favorite_border 0
repeat 0
bookmark_borderbookmark 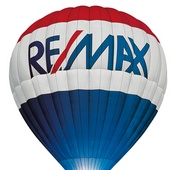