When I leave my house, I often see things happening around town that I didn't expect and that bless my day.  One of the first times I thought this, I was driving downtown Franklin and saw a man riding a unicycle, and that led to several interesting people and cars that turned out to be the leftover of the homecoming parade!  Another day a friend and I were eating lunch at the Mellow Mushroom on the square and here comes the Easter Bunny walking down the street.  It was so funny!

So this week I had two fun sightings.  Taking my daughter to the Factory on Monday evening, we drove into the normally vacant parking lot to see that the lot was full and roped off and all kinds of hulabaloo going on there.  As we looked for parking in the rain, we could see 9 Tour Buses neatly lined up in a row.  They were filming a CMT (Country Music Television) Special and all the award winnere were there singing.  My daughter was hoping for a peak at Brad Paisley or Carrie Underwood, but in all that rain, there was not a chance.  All we saw were the 9 Tour Buses.  :)

Yesterday, I knew that Sarah Palin was town for a book signing for her new book at the Costco in Cool Springs.  It was almost 2:00 when I was getting some gas at Costco, and I could see a small crowd gathering at a Fire Exit door of the Costco.  Since I happened to have my good camera, I decided to stick around to see Sarah Palin, up close and personal.  I am sharing a few photos below.  She was very friendly, hugging a few fans and giving a short interview to a teenager working a project.

Since I am not traveling much these days, I take adventure when it comes.  And driving around in Franklin TN will inevitably provide something interesting to see.  If you keep your eyes open. Cool pics.  I heard she was here. 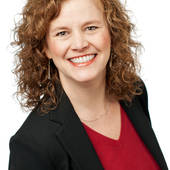