Recently, I wrote  blog about the town in which I practice real estate.  One of the towns is Cinnaminson, NJ. I received a comment saying how fun it was justsaying the name. I thought that I would write a short history of Cinnamnson.

The Lenni-Lenape Indians named their hunting grounds Cinnaminson which means Sweetwater for the Sugar Maple Trees that grew along the Deleware River.

The Township came into being in 1860 by act of the  NJ General Asembly and Senate. Originally, it was much larger in area but  from 1880- 1894 portions were carved away to form Delran, Riverton and Palmyra.

Presently Cinnaminson occupies 8.1 square miles with a population of 15,449. Located minutes from the night life, restaurants and shopping in center city Philadelphia, the NJ Tunpike and New Jersey Transit Riverline.

This is the 150th Anniversary of Cinnaminson and the township is still going strong. Happy Anniversary!!! 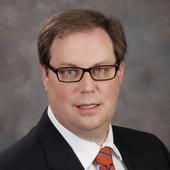