Here in the Phoenix area the MLS releases an informative document every month called the PPI. It helps predict the average sale price in the coming months. When I read it this morning I was a little shocked. Keep in mind the further out it goes the less predictive. However, the decrease I saw should still at least partially fulfill itself.

Last month in November the report predicted December would show a median sales price of $117,000. Now in December it looks like it should end up at $115,000. That isn't too far off so the report is valuable. It also states we should see a slight increase in January to $117,000. Not bad but it does pick up because nobody wants to close during Christmas and New Year's. February is where it gets interesting.

February is showing a sharp decline. Now in the November report it shows January having a median price of $119,000 and a sharp decline in February to $105,000. Now in December the reports states January should show $117,000 and February may come in at $100,000! Before you get too excited it does not prove to be as reliable as the January number. This is because there are less scheduled closings 90 days out. All of these numbers are based on pending sales.

Even more interesting is the average sales price. It is supposed to rise in December to $162,800. In January it may drop to $161,500. However, in February it is predicted to drop to $141,100! If it does, it would be the lowest average sales price for us since 2001. This exceeds what I thought would happen. I thought we would see a correction around 5% through out the whole year of 2011. As a side not, Moody's predicts our bottom to come in the third quarter of 2011. That will also coincide roughly with the max inventory of foreclosure at one time.

As always if you have time please check out my new Lifestyle feature which allows prospective clients the option to seach for homes by school, church, work, or even shopping mall. Have fun!

Keeping in mind that all real estate is local, I believe that if I just continue work hard, things will fall into place for me. 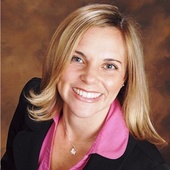